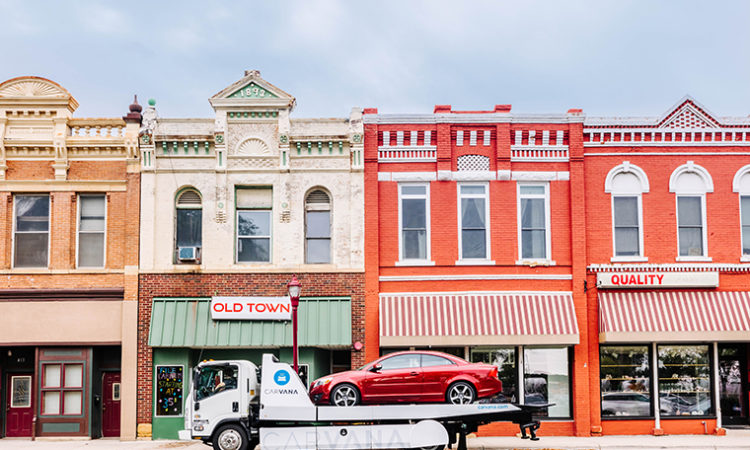 The company began service in Mankato on Thursday.

Carvana, which enables consumers to buy and sell used cars online, debuted in Minneapolis last week. Now, it’s being rolled out in three other Minnesota cities.
By Amanda Ostuni
January 23, 2020

Online used car dealership Carvana is growing its Minnesota presence. The Tempe, Arizona-based company last week made its debut in the North Star state with service in Minneapolis. This week, Carvana has expanded to St. Cloud, Rochester, and Mankato.

Carvana enables customers to buy or sell used cars online, with next-day vehicle delivery available to residents in its markets. Customers can also use the platform to trade in their vehicles. Company officials say Carvana is the “fastest-growing auto retailer in the U.S.” The company aims to save customers time and money by eliminating the need for an in-person visit to a traditional dealership.

In a news release, Carvana founder and CEO Ernie Garcia said the 8-year-old company has been growing rapidly in the Midwest. Its entry into Minnesota allows Carvana to “reach a large population of car buyers,” he said.

Carvana began offering service in St. Cloud on Tuesday, Rochester on Wednesday, and Mankato on Thursday. All Minnesota markets will be serviced from an operating site in Minneapolis. The site will be staffed by about 10 people initially, a company spokesperson said. The local operations will be expanded as needed based on consumer demand.

The company has no plans to launch in additional areas in the state at this time, according to the spokesperson.

Carvana’s nationwide inventory consists of more than 15,000 vehicles, and the four new Minnesota markets bring Carvana’s market presence to 152 areas throughout the U.S.