As the avenue transforms into a transit corridor, Northwest Packaging is staying put
September 03, 2012 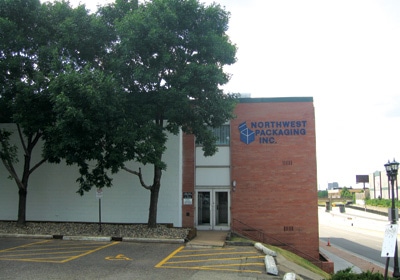 This month, Northwest Packaging, Inc., celebrates a quarter-century of operation on University Avenue in St. Paul. Not exactly earth-shattering longevity, but more notable when you consider that it is the only traditional manufacturer left on one of the metro’s last industrial corridors.

President and Co-owner Steve Durand recalls a time when the avenue had a thoroughly industrial vibe. Much of the area has since been rezoned to realize a long-term vision for a transit-oriented, pedestrian-friendly corridor. And while the ongoing construction of the Central Corridor light-rail line has put the street in a state of temporary disarray, most new development is residential.

Northwest derives 75 percent of its revenue from selling corrugated cardboard boxes, primarily shipping containers, to industrial manufacturers. “Value-added products” like floor displays comprise 20 percent of business, and miscellaneous packaging makes up the remainder. It employs 60 between its 150,000-square-foot St. Paul facility and a smaller location in Mankato.

Durand says Northwest’s location—namely, its proximity to Interstate 94—is key to his company’s success. “It’s a very centralized, convenient location for us,” he says. Despite the disappearance of industrial businesses along the corridor, they continue to thrive in nearby arteries that feed University, including in a variety of St. Paul Port Authority-developed properties and business centers. Port Authority Communications Director Tom Collins says his organization has heard from at least one community group interested in luring manufacturers to University and says the organization is “open to those types of discussions.” But most manufacturers are drawn to more industrial areas.

Despite his insistence that Northwest can continue to thrive on University, Durand acknowledges that the changing realities there have taken a toll on Northwest, which delivers the bulk of its products using its own trucks.

“Since the light rail [construction] started, it has slowed our deliveries down,” he says. “And I suspect that even once it’s up and running, it will continue to slow it down.”

But the company has no plans to uproot: “We signed a 10-year lease about a year ago, with two options behind that,” Durand says, “so we’ll be here for a while.”