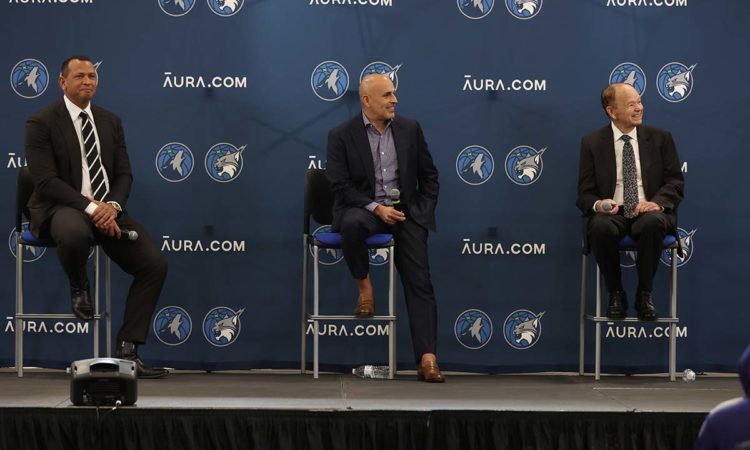 (from left to right) Alex Rodriguez, Marc Lore, and Glen Taylor at a media event on Monday David Sherman

For now, they are limited partners of Glen Taylor
By Burl Gilyard
September 27, 2021

The pair was introduced as the teams’ “newest limited partners and alternate governors,” a reference to the unusual structure of the $1.5 billion deal that the duo struck with Wolves/Lynx longtime owner Glen Taylor. As structured, the deal calls for Taylor to sell Lore and Rodriguez a 20 percent interest in the team this year followed by a series of options into 2023 to sell the rest of his stake.

In comments at Monday morning’s event, Taylor characterized Lore and Rodriguez as the “right people” to own the teams and stressed the personal connection he felt with both men. The event mostly involved Taylor, Lore, and Rodriguez saying good things about each other, the teams, and Minnesota.

But one response from Lore may have raised a few eyebrows.

Target Center is now the oldest facility in use by any of Minnesota’s professional sports teams. But Lore’s “eventually” comment made it clear that it’s not yet a front-burner issue for the new owners.

Target Center originally opened in October 1990 and is owned by the city of Minneapolis. In recent years, the arena got a $145 million upgrade after several years of wrangling about the costs which were split between the city, the teams, and arena manager AEG.

According to an August account in The Athletic, the deal came together very quickly last spring: “It had been a whirlwind negotiation, starting with a text message in March that opened the door, a pair of face-to-face meetings with Taylor in April to hammer out the deal, and some final negotiations in May that locked down a $1.5 billion transaction in 45 dizzying days.”

Rodriguez is known as a standout sports star who played 22 seasons of Major League Baseball. Rodriguez is now chairman and CEO of A-Rod Corp., a New York-based investment firm with real estate holdings that also makes venture investments in emerging companies. The company’s web site includes a quote from legendary investor Warren Buffett about Rodriguez: “He’s got a money mind.”

Lore is a serial entrepreneur. In 2014, Lore co-founded Jet.com, which became a fast-growing e-commerce company. Walmart acquired it for $3.3 billion in 2016, and Lore became president and CEO of the company’s Walmart U.S. eCommerce.

Rodriguez described himself and Lore as “two kids that came from the bottom,” who were both raised by single mothers. Both are New York natives.

Lore shared what building businesses from scratch has taught him.

“It’s all about vision, capital and people,” said Lore. “People is the hardest part to get right.”

Rodriguez noted the strength of the Twin Cities’ business community.

“There’s so much value to unlock here,” said Rodriguez.

New Jersey-based Orbit Sports LLC, which owns more than 17 percent of the teams, unsuccessfully sued Taylor earlier this year in a bid to block the sale until partnership issues were resolved. 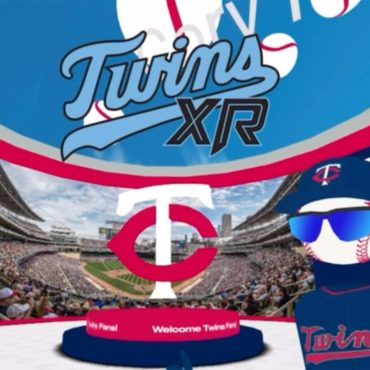