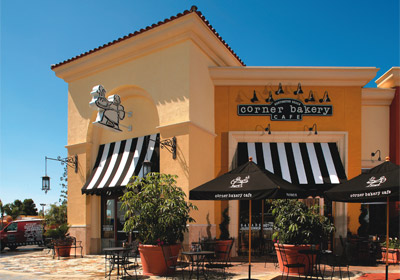 After its plans to enter Minnesota in 2012 fizzled, Corner Bakery Café is once again hoping to bring more than a dozen cafés to the Twin Cities.
January 31, 2014

Corner Bakery CafÃ© said Tuesday that it hopes to expand its franchise into the Twin Cities in 2014—it just needs to find a franchise partner first.

The fast-growing Chicago-based cafÃ© chain said it broke its franchise record in 2013 by signing development agreements for more than 120 new cafÃ©s throughout country. There are now more than 300 Corner Bakery cafÃ©s under development, and the company said its goal is to double its footprint in the next three years.

The company said in 2012 that it planned to open at least 18 new restaurants in the Twin Cities, but it still lacks a physical presence in Minnesota. Gregg Koffler, Corner Bakery’s vice president of franchise sales, declined to share details about why the 2012 plans fizzled, but he said the company is once again eyeing an expansion into Minnesota.

In fact, the company is currently looking for a franchise partner to open between 15 and 18 cafÃ©s in the Twin Cities, Koffler said.

In 2013, Corner Bakery signed deals for 26 new cafes in New York, 24 in Florida, 21 in Maryland, 21 in Massachusetts, 13 in Arizona, 10 in Wisconsin, nine in California, seven in Oklahoma, and five in Idaho and Washington. It also opened three new locations in Atlanta’s international airport, which it said was part of its strategy to target “non-traditional venues.”

Looking forward, the company said it hopes to expand not only into Minnesota, but also into Alabama, Indiana, Missouri, North Carolina, and Tennessee.

“Based on the exceptional success we are experiencing with both existing and new restaurants, we are convinced that now is the time to be even more aggressive in our efforts to take Corner Bakery CafÃ© into new markets,” Koffler said in a statement.

There are currently 160 company-owned and franchised Corner Bakery locations in 17 states.

Dunkin Donuts, another national chain that currently lacks a presence in Minnesota despite earlier announcement that it planned to grow here, has also revived its plans to open stores in the Twin Cities.