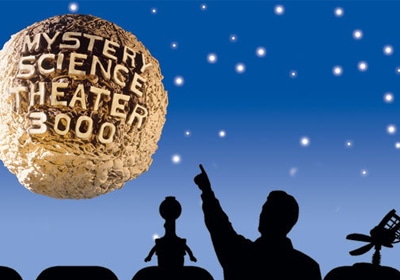 The cult show, which got its start on an independent station in the Twin Cities, raised more than $1 million in its first day of fundraising.
November 21, 2015

UPDATE #2: On the campaign's sixth day of funding, the initial pledge goal of $2 million was reached, which means at least three full-length episodes will be produced. As of mid-day Tuesday, more than 19,500 backers have donated roughly $2.13 million.

UPDATE #1: After 48 hours on Kickstarter, momentum behind the MST3K campaign has hardly lessened, as more than 12,500 backers have raised well over $1.4 million.

Mystery Science Theater 3000, a movie-mocking cult classic, could officially return with a new season, more than 16 years after it was canceled in 1999.

Minneapolis resident, Bethel University alum and show creator Joel Hodgson created a revival attempt on Kickstarter, promising 12 new feature-length episodes if $5.5 million is raised. Within 24 hours, the campaign has amassed more than $1 million from some 9,000 backers.

Mystery Science Theater 3000 (often shortened to MST3K) gained a beloved cult following for making smart aleck comments over B-rate movies. The show debuted on Thanksgiving Day in 1988 on KTMA, an independent station in the Twin Cities area that once broadcast Minnesota Twins home games. KTMA was ultimately rebranded as WUCW (or The CW 23), while MST3K move onto Comedy Central and then The Sci-Fi Channel in 1997.

After 11 years, 197 episodes, a feature film, and two Emmy award nominations, Hodgeson hopes to give his best-known comedic creation another go in an era that he believes is riddled with riffing.

“I think there’s [still] a place for us,” he wrote on the Kickstarter page. “Nowadays, riffing is everywhere! Many people claim that MST3K created a shift in the way people watch TV shows, and that now, as a result, the fields of entertainment have been plowed and readied for a riffing renaissance.”