The city fared well in a study that evaluated which actions municipalities are taking to cut energy use in buildings and transportation, among other areas.
September 28, 2013 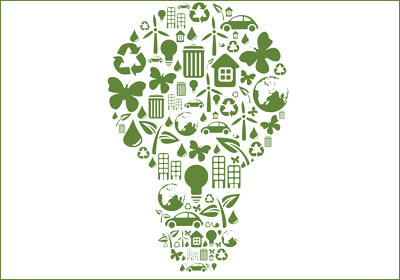 Minneapolis ranks eighth among major U.S. cities with respect to energy efficiency, according to a recently released study from the American Council for an Energy-Efficient Economy.

The study, called the “2013 City Energy Efficiency Scorecard,” assigned points to 34 of the largest cities in the country based on their performance in a number of green measures, including policies and other actions designed to improve energy efficiency.

The city scored 6.5 out of 10 for “community-wide initiatives.” That category focused largely on policies that cities develop to encourage energy efficiency and how they devote staff and other resources to implementing, monitoring, and reporting on those programs.

Minneapolis scored 10 out of a possible 29 points for buildings policies, which looked at the stringency of codes that promote energy efficiency, other requirements or incentives for constructing or retrofitting energy-efficient buildings, and benchmarking or disclosure processes as they pertain to the efficiency of buildings.

Minneapolis scored 13.75 out of 18 for its energy and water utility policies and its public benefits programs. That category evaluated cities on things like the amount of money that its main electric utility spends on energy efficiency programs as a percentage of that company's overall revenue.

With respect to transportation policies, Minneapolis received 15 out of a possible 28 points. Cities were assessed based on their public transit policies, strategies for promoting alternatives to driving, and policies surrounding energy-efficient vehicles, among other things.

Regarding goals for improved efficiency, the report called attention to Minneapolis’ efforts to encourage more investments in renewable energy as it looks to renew franchise agreements with its electric and gas utilities.

Among the report's recommendations for improvement: Expand an energy-use rating and reporting policy to large multifamily buildings and develop energy-saving requirements or incentives for private buildings.

Overall, Minneapolis received a score of 55.25 out of a possible 100. That might not sound particularly impressive, but the highest-ranked city, Boston, received an overall score of 76.75. Rounding out the top three cities are Portland, Oregon (70 points) and New York and San Francisco, which tied at 69.75 points.

The lowest-ranked cities are Detroit and Jacksonville, Florida, which received scores of 19 and 17.25, respectively.

The report—which runs 245 pages—also noted trends regarding energy consumption. Of the five cities for which multiple years of data was available, Minneapolis experienced the largest decline in energy consumption per capita in recent years. Too, it found that 46 percent of Minneapolis’ energy consumption is used by commercial and industrial properties. Roughly 30 percent, meanwhile, is consumed by transportation, and residential consumption accounts for the remaining 24 percent.

“Energy efficiency may be the cheapest, most abundant, and most underutilized resource for local economic and community development,” the report states. “Local leadership and commitment to energy efficiency is strong in many communities around the United States. The specific responsibilities of local governments give them large influence over energy use in their communities. Additionally, local energy efficiency initiatives provide benefits where they are most tangible and visible to residents, directly improving the communities where residents live and work.”

Minneapolis details its energy-efficiency and sustainability efforts on its website here.

The American Council for an Energy-Efficient Economy is a Washington, D.C.-based nonprofit that aims to advance energy efficiency policies, programs, technologies, investments, and behaviors.