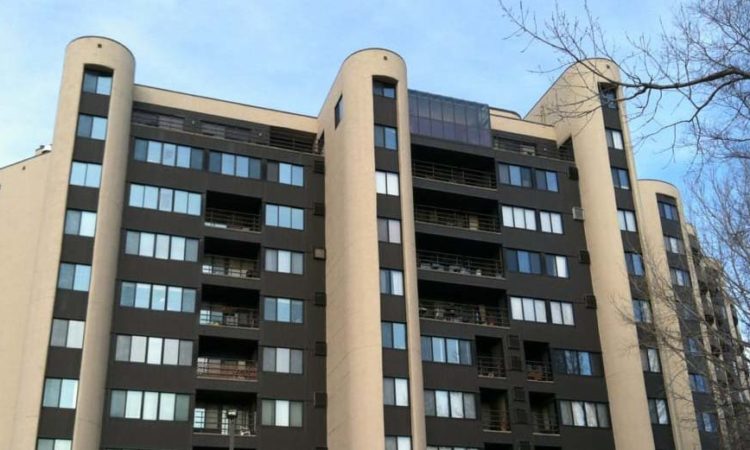 Has construction of a retaining wall, designed to protect two nearby condo towers, damaged them instead?
By Adam Platt
February 04, 2022

According to a letter sent to building residents from the Southwest project office, all tunnel-related work in the area has been halted pending study of the cracks, which “appeared on floors three through 10 along joints between the buildings.” The Met Council and the building association have hired experts to assess the cracks, though both have deemed the structures safe to occupy.

The cracks represent a tragic irony, as the recently announced project delays and cost overruns are largely attributable to precautionary construction of a specialized retaining wall to insulate the CIC from damage after Met Council engineers determined the building was at risk from its tunneling methods.

The towers, converted into residences in the 1980s from grain elevators built a century ago, have been the subject of concern ever since the tunneling plan was set five-plus years ago. Before work in the corridor began, CIC residents hired a consultant who deemed the aged structures uniquely susceptible to vibration and questioned their capacity to withstand tunneling mere inches from their foundations. (A Met Council consultant felt the risks could be mitigated.)

In 2017, State Rep. Frank Hornstein (DFL-Minneapolis), who represents the area, attempted, in the state transportation budget bill, to force the Met Council to accept the results of a safety study commissioned by the condo association, but Gov. Mark Dayton demanded the clause’s removal. According to a MinnPost story from the time, the Council was instead simply required to mitigate construction impacts to the towers, which it insisted could be done.

Cedar-Isles-Dean Neighborhood Association board member Mary Pattock, a longtime critic of the LRT alignment through her neighborhood, described the situation as potentially dangerous and another vindication of the neighborhood’s longtime “NIMBY” sentiment on tunneling and freight rail co-location. Condo association representatives had not returned TCB’s calls at press time.

The Southwest project office promised an update for building residents by Feb. 15.