MN Ranked 8th-Best State For Business, Up From 20th 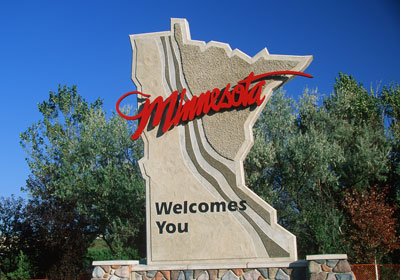 Minnesota was ranked the eighth-best state for businesses in 2013 by Forbes, and it climbed the furthest on this year’s list—moving up 12 spots from last year.

The Minnesota Department of Employment and Economic Development (DEED) said the list promotes Minnesota as a great place to live, work, and do business.

Minnesota has a gross state product (GSP) of $295 billion, which has increased on average 1.2 percent each year over the last five years, according to Forbes.

DEED pointed out that Minnesota ranked fifth in quality of life on Forbes’ list, ninth in economic climate, 13th in growth prospects, 18th in labor supply, 22nd in regulatory environment, and 34th in business costs.

Minnesota’s quality of life scores seem to be the main driver behind the state’s ranking jump. Minnesota boasts the second-highest percentage of adults with a high school degree at 92.5 percent, a poverty rate about 5 percent lower than the national average, a uniquely healthy population, and the portion of uninsured is just 7.8 percent—compared to about 15 percent nationwide.

Topping Forbes’ list as the overall best state for business was Virginia, followed by North Dakota and Utah. Virginia has been either number one or two for each of the eight years the list has been published—due to strong incentive offerings and business-friendly government policies.

North Dakota was far and away the country’s fastest-growing state economy over the past five years, growing its GSP by 8 percent per year—followed not-so-closely by Oregon at 2.8 percent. According to Forbes, in addition to GSP, North Dakota tops the list for job growth (3.7 percent annually), income growth (3.8 percent), and employment (3.6 percent average jobless rate).

Minnesota fared quite well on the list despite substantial backlash in the business community regarding Governor Mark Dayton’s tax reform plans. The state’s tax environment has served as fodder for Minnesota’s Dakota neighbors, which have sought to lure businesses to their states, which they describe as more business-friendly.

When Minnesota lawmakers increased cigarette taxes, hiked taxes for higher earners, and closed what Dayton described as “corporate tax loopholes,” both South and North Dakota saw it as an opportunity to lure businesses to their land of lighter taxation.

The South Dakota governor visited Mall of America in May to personally discuss career opportunities with Minnesotans, encouraging them to consider relocating to South Dakota.

Just a little while later, the Greater North Dakota Chamber began a campaign to promote Minnesota businesses to come across the border. They went as far as putting up a billboard along Interstate 94 in Moorhead that declared, “North Dakota: Open for Business.”

Twin Cities Business Editor-in-Chief Dale Kurschner joined the debate in June, offering his opinion that Minnesota has become a state that businesses are leaving to avoid the high taxes. Read his full editor’s note here.

On the opposite end of the spectrum, the least-friendly business state on this year’s Forbes list was Maine. Maine has the worst job growth projections in the country, an aging population, and a weak economic forecast, the magazine said. Maine has placed last on the list for four consecutive years now.