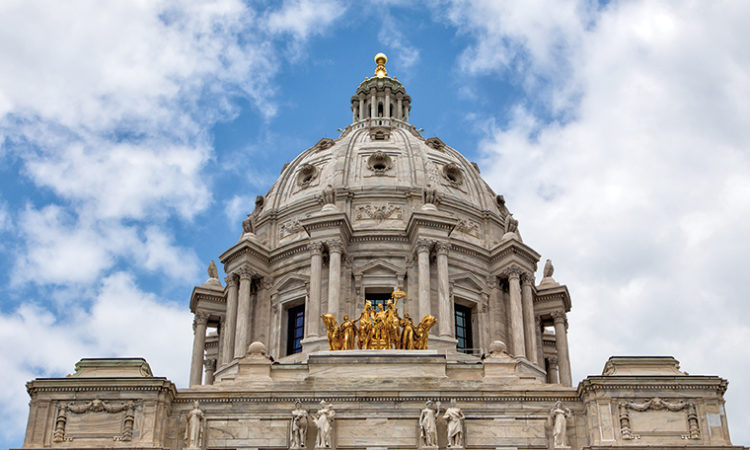 Mixing Politics and Business: A Breakdown of the Minnesota House by Profession

Breaking down the Minnesota House by profession.
By Liz Fedor
May 09, 2019

Are politics and business a good mix? Can you hold down a demanding private-sector job and be a Minnesota legislator?

“Speaking from experience, it is incredibly hard to have a successful business and serve in the Legislature,” says former Senate Majority Leader Amy Koch. She knows many legislators who left the Capitol after one or two terms because they couldn’t make it work.

Despite the challenge, “business” is the No. 1 occupational category listed by Minnesota House members. Nearly 1 in 4 legislators say they work in business, according to 2019 data collected by the House’s Public Information Services office.

Among the 134 House members, 31 reported business employment, with many identifying as small business owners. A dozen said they were educators, followed by 11 attorneys. No other specific occupational category ranked in double digits, although “other” was selected by 20 lawmakers.

Koch, a political strategist at Hylden Advocacy and Law in Minneapolis, says it’s critical to have business owners in the Legislature, who pay taxes, employ people, and live by government mandates, instead of simply having lawmakers who “understand those policies in a theoretical way.”

David Schultz, a Hamline University political science professor, says it’s hard to field a Legislature that’s more representative of diverse occupations, because legislators earn part-time wages yet the work is more akin to full-time. When Koch was recruiting GOP candidates, she says: “I always tried to be very honest about that. You could run all day, every day, with legislative duties. It is tough to maintain another form of income.”

The part-time Legislature was born at statehood. Schultz recalls the narrative: “You will farm for several months, go off and legislate, farm again, and then harvest.”

By 2019, only six legislators listed farming as their occupation. “The whole idea of the farmer Legislature has collapsed,” Schultz says, but the part-time paradigm persists.
— Liz Fedor