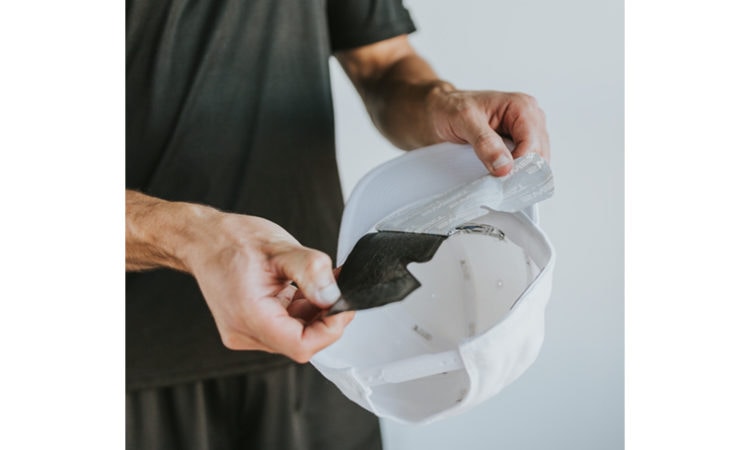 The agreement boosts the “validity” of the company’s product, which eliminates sweat from headwear, and marks big growth as NoSweat anticipates dipping into new market ventures.
By Amanda Ostuni
August 02, 2018

After finding popularity among National Hockey League officials and players, Minneapolis startup company NoSweat is expanding its presence in sports with a deal to become an official licensed partner of the PGA Tour.

Jared Robins, chief operating officer of the sweat tech company, said in a statement that NoSweat has for a while been a top seller in the golf space on Amazon, and has strong distribution in golf stores and pro shops nationwide. But this partnership agreement, announced Thursday, brings NoSweat to a whole new level within the market.

“If the most elite level [of the sport] considers this a product they value, and agree to value, it immediately adds an additional validity it might [not have had otherwise],” said Robins. “We’re extremely excited to partner with the Tour on this opportunity.”

Founded in 2008 by Justin Johnson, NoSweat specializes in its own patented SweatLock technology that absorbs sweat and dries immediately. Manifested in the form of a peel-and-stick liner, the product can be used in helmets, baseball caps and other headwear.

It’s designed to eliminate sweat stains and sweat-induced damage to the sports gear, as well as help prevent acne caused by headwear.

NoSweat first broke out in hockey, as TCB reported in 2016. At that time, NoSweat said every official in the NHL Officials Association was using the product and had ordered over 23,000 units in four years.

Robins believes about 95 percent of the NHL is using NoSweat’s product currently.

However, they’re not limited to just hockey or golf, and are even expanding beyond sports. Robins said they have upcoming initiatives in the food preparation space, construction, and as noted in a statement, military and industrial sectors could follow.

Robins says these ventures will “help grow the brand and bring more validity to the product.”

Continuing his thoughts on what the PGA Tour Official Partner designation means for NoSweat, Robins says, “this helps bring a whole new audience that maybe didn’t know about us even though they were golf enthusiasts.”

As for how NoSweat’s newly minted deal will affect its marketing, says Robins: “Anytime you see the logo of a professional organization on a package, you look a little differently at it.”