The city wants a three-month study to determine the impacts of raising the minimum wage to as high as $15 per hour.
October 19, 2015 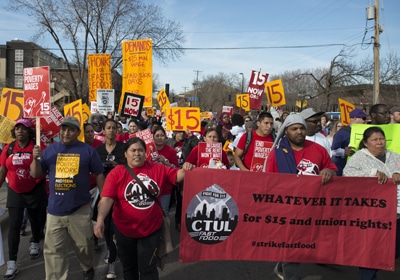 The City of Minneapolis issued a request on Thursday for consultants to conduct an economic analysis to determine the broad effects of a citywide minimum wage increase.

The city has proposed phasing in a minimum wage of $12 or $15 per hour over five years, but wants to determine the impacts.

The proposal is expected to answer a variety of questions. Those areas of focus include:

The city is allocating no more than $150,000 for the study to be performed over a three-month period starting next year — from January 1 to March 31. The contract does include an option to extend the study for two additional months in case a further depth of information needs to be gathered.

Deadlines for RFP submission are due on December 1. The city expects to choose a consultant by December 18.