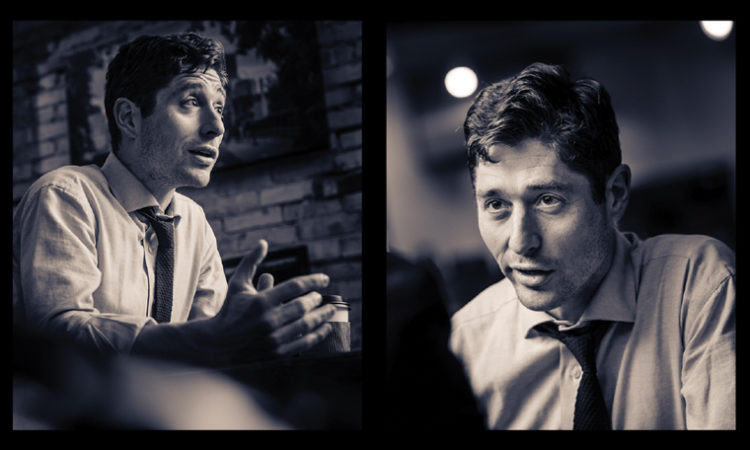 The ambitious proposal aims to increase affordable housing options, but coming up with the dollars will be a challenge.
By Amanda Ostuni
May 15, 2018

“Our affordable housing agenda is aggressive, it’s ambitious, and it needs to be for good reason,” Frey said Monday at a press conference held on the deck of Blue Line Flats, an income-limited apartment complex. “The city is growing faster than it has since 1950 and at the same time housing costs have gone up, incomes have stagnated or even decreased.”

The recommendation that the city make this historic increase in spending on housing is the result of a months-long collaboration between Frey’s Affordable Housing Taskforce, advocacy groups and private, nonprofit and government partners. Frey says the figure is based on the belief that to meet current housing demands and demands of projected growth, the Twin Cities needs $1.1 billion for housing contributions.

The framework of the plan is based on four overall tenants: Affordable rental housing production, preserving existing affordable housing, renter supports, and access to affordable homeownership. Another key element of the plan is accountability, as it calls for an annual “who benefits” report.

To boost rental production, the agenda calls for increasing rental subsidies to create more units for individuals who make less than 30 percent of the area median income (AMI), and to provide more incentives for owners to build affordable housing units.

In order to ensure landlords don’t violate such safety, quality and fairness practices – for example, evicting tenants without just cause – Frey said at the press conference that he wants to hire more housing inspectors, as reported by the Star Tribune.

This measure is tied to the renter support tenant of the plan, which also emphasizes exploring rental subsidy options and improving or creating new tools for housing access.

Addressing access to home ownership, the plan calls for an increase in the rate at which vacant lots are converted to affordable housing, as well as enhancing down payment assistance, and tapping into nonprofit partners to increase education and living-based services.

An intended byproduct of some of these changes is that it could minimize racial disparities in housing opportunities, as data shows people earning less than 50 percent of the median income are more likely to be people of color. The letter of recommendation to Frey, written by Taskforce members Anne Mavity, Peter McLaughlin and Tom Streitz even stated, “we know you’re familiar with the significant racial disparities in housing and encourage you to target resources explicitly, though not exclusively, to benefit low wealth communities and communities of color.”

The increased budget would go toward various pieces of the plan’s framework, including putting $6 million per year toward easing the affordable housing supply shortage, increasing assistance amount for households that make less than 80 percent AMI to $10,000 per household, and removing the $25,000 per unit cap on the Affordable Housing Trust Fund.

But this is just a proposal. Frey has his work cut out for him in convincing the City Council and Housing Committee to solidify such a mammoth budget hike.