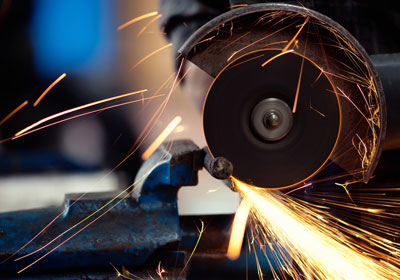 A recent survey of business leaders in nine Midwest and Plains states indicated that manufacturing growth will help propel the regional economy forward through the end of the year, despite an overall drop in economic optimism.

The monthly survey results are used to create the Mid-America Business Conditions Index, which covers Arkansas, Iowa, Kansas, Minnesota, Missouri, Nebraska, North Dakota, Oklahoma, and South Dakota. The index measures factors such as the overall economy, new orders, production, inventories, employment, delivery lead-time, prices, and leadership confidence. Ranging between zero and 100, an index of greater than 50 indicates an expanding economy, while an index under 50 suggests a slowing economy.

The overall Mid-America Business Conditions Index rose for the second straight month in September, increasing from 53.8 in August to 54.8. While farm income growth and exports are down from earlier in the year, the September inventory index (which tracks the level of raw materials and production supplies) increased to 55.7 from 49.4 in August. Additionally, the region’s employment gauge has remained above 50 for the past eight months.

Despite regional economic growth, overall business optimism declined in September, falling from 53.9 to 51.8. Ernie Goss—director of the Economic Forecasting Group at Creighton University in Omaha, Nebraska who oversees the survey—attributed the decline to uncertainty surrounding health care reform and the federal budget.

For the 10th straight month, Minnesota’s Business Conditions Index rose above neutral growth. Survey results from the state’s supply managers created an index that dropped slightly to 57 from 59 in August. Production and sales led the state’s growth with a 63.7 index (compared with 64.8 in August), while new orders at 60.3 and inventories at 55.7 were close behind.

“Expansions among durable goods manufacturers more than offset pullbacks among food processors and other nondurable goods producers in the state,” he said in a statement.

Twin Cities Business measures the outlook of Minnesota business leaders on a quarterly basis. Its most recently published quarterly economic indicator—which received responses from 587 Minnesota businesses—demonstrated that 61 percent expected to maintain current profit margins, rather than growing them, during the third quarter. The index also suggested that fewer business leaders were optimistic about Minnesota’s current economy (only 37 percent believed it would improve during the quarter). Click here for the results and watch for the November issue of Twin Cities Business for business leaders’ outlook on the fourth quarter.

The Minneapolis-St. Paul metro area has fared well in recent economic growth studies. According to a U.S. Department of Commerce report released last month, the Twin Cities economy grew at an above-average rate in 2012, when its gross domestic product (GDP) rose 3.9 percent—an increase of 1.4 percent from 2011. That 2012 GDP reportedly represented the fastest growth pace in almost a decade for the Twin Cities.