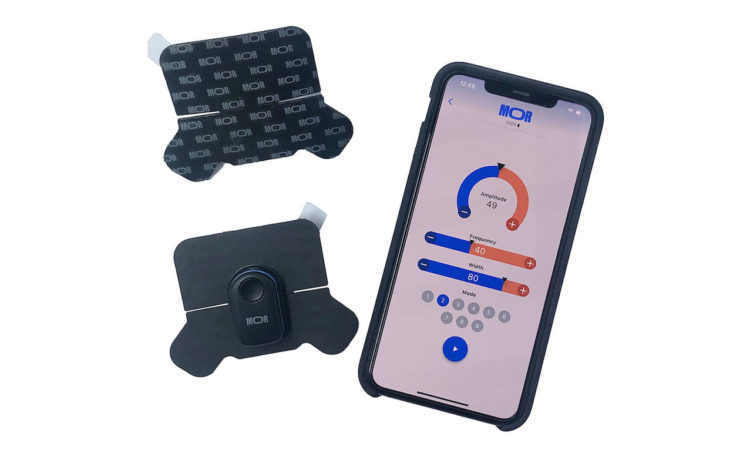 Being mocked by Jimmy Kimmel in his opening monologue could send most CEOs into damage control mode. But Jeff Bennett, founder/CEO of Maple Grove-based Morari Medical had his team prepare a press release and post the clip from Thursday’s Jimmy Kimmel Live! to the homepage of his company website.

“Jeff will take this roasting if that’s what is required to drive awareness of premature ejaculation to the nation,” said his publicist Joshua Milne.

Morari is developing what it bills as the world’s first wearable tech delayed ejaculation solution aimed at “helping men last longer.” Bennett got the idea after working in pain management and urology for Medtronic and Boston Scientific. He first took a prototype to the Consumer Electronics Show in 2020, and returned this month for the 2022 CES to announce the product name, Mor, and more details about the wearable patch, which can be controlled via Bluetooth app. Still in development, Mor is not expected to launch commercially until 2023, but it’s already received national media coverage everywhere from FastCompany to Men’s Health. SexTech sells.

Kimmel’s team no doubt saw press coverage of Mor at CES. Using photos from the Morari Medical website, Kimmel described, in his own words, how men place the patch “in their  netherparts,” then sync the app to their phone and “it somehow send a signal to your testicles that says ‘hang on guys—slow it down!’” He didn’t stop there. Kimmel showed Bennett’s photo and joked, “boy, if that isn’t a photo that says I’m not just the owner, I’m also a client.”

But Bennett may get the last laugh. Morari Medical raised a $650,000 angel round in 2020, according to Pitchbook. Numerous medical studies list premature ejaculation as one of the most common sexual dysfunctions, affecting an estimated 30 percent of men. Said Milne, “There was decent traffic to the website after the [Jimmy Kimmel] segment appeared.”