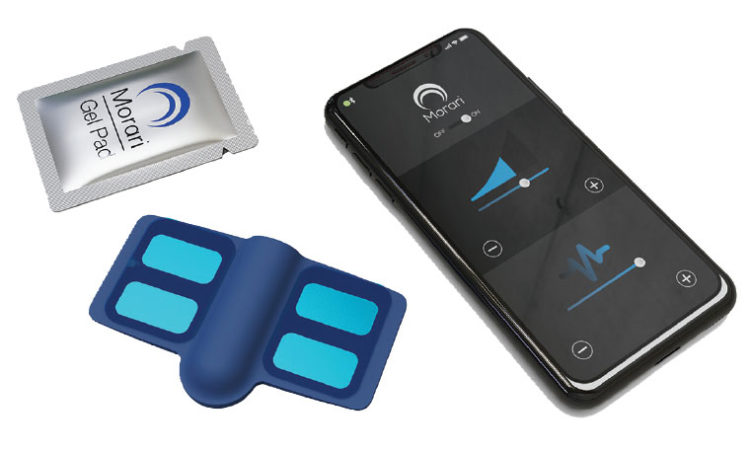 Can a device applied like a Band-Aid help slow down sexual encounters?
By Tess Allen
March 09, 2020

After about 15 years at Medtronic and Boston Scientific in pain management and urology, Jeff Bennett knew about neurostimulation, which disrupts pain signals traveling between nerves and the brain. It can be used to treat afflictions like chronic pain, Parkinson’s disease, and overactive bladder.

Bennett began to wonder if it could help with another issue: premature ejaculation (PE). According to Mayo Clinic, one out of every three men experiences it at some time in their lives. For many, it’s a consistent problem. So after years of research and studying peer-reviewed literature on the topic, Bennett and two partners started working on a first-of-its-kind device.

PE treatment options today include counseling, off-label antidepressants, topical numbing medications, or positional techniques, says Dr. Joshua Bodie, surgeon and assistant professor in the department of urology at the University of Minnesota medical school. Neurostimulation, he says, could be a very attractive alternative.

Bennett’s working prototype, which looks like an oversized Band-Aid, is applied to the perineal area—between the anus and the scrotum—where nerves come together and send an ejaculation signal to the brain. It adheres to the skin with a gel that provides conductivity for the electrical impulses sent from the battery-operated device’s electrodes. It’s designed to be controlled via an iPhone or remote control. The device confuses the nervous system, to reduce sensitivity and delay ejaculation.

Doing business as Morari Medical, the target price for the single-use device is $25. (Morari hopes to later create a reusable version.) “In our research thus far, men who experience PE are willing to do whatever it takes … so price isn’t an issue,” Bennett says. Morari plans to sell directly to consumers online.

In January, Morari displayed at the Consumer Electronics Show in Las Vegas. It was one of 10 sextech companies there, and the only one targeted at men.

“I think it’s telling that [Morari] was at CES, as opposed to a traditional medical society conference,” says Shaye Mandle, president and CEO of The Medical Alley Association. “We’re seeing convergence of consumer technologies [and] the health space. So now you’ve got a direct-to-consumer, B-to-C play, whereas typically, devices have been mostly targeted at physicians and specialists.”

The next step is a small local trial to begin soon, says Bennett.