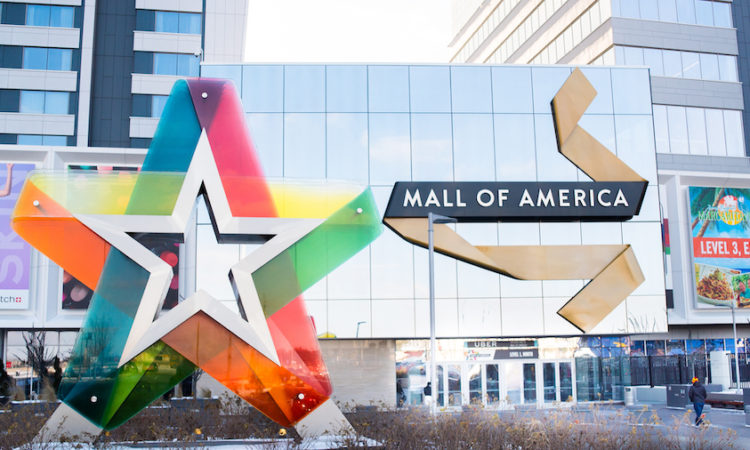 Photo courtesy of Mall of America

The store will test new technologies and feature brands including Kendra Scott and ThirdLove.
By Allison Kaplan
September 26, 2019

At a time when stores are closing by the thousands, the surest way for global management consulting firm McKinsey & Co. to test the future of brick and mortar retail is to open a store of its own. McKinsey, which has a consumer division that works with 17 of the world’s top 25 retail brands, will open its first-ever retail space on Friday at Mall of America. The laboratory, called Modern Retail Collective, is designed to test new technologies and analyze shopper behavior.

To get customers in the door, McKinsey partnered with four up and coming fashion and beauty brands: Kendra Scott, Eleve Cosmetics, type:A Deodorant, and ThirdLove, the online lingerie brand with a large social media following and no physical stores of its own other than a New York pop-up in Soho. Kendra Scott, which has a reputation for being a forward-thinking jewelry brand, already has a store at MOA. Eleve and type:A are newer beauty and body brands with a focus on natural products.

McKinsey’s primary goal is to evaluate new technologies such as smart mirrors and fit predictor software as well as future payment options including cryptocurrency. Tech partners include Microsoft, Square, Chatter Research, FaceCake, Farfetch, and Zebra Technologies. But this is not just a showroom—the merchandise will be available for purchase on the spot. “Originally we were going to host a retail tech space in an office, and then we realized it would be a lot better to get real customers in a live retail environment,” says McKinsey senior partner Jennifer Schmidt. A Minneapolis native, Schmidt says she’s been shopping MOA since it opened. “I thought they’d be a great partner.”

But where previous retail experiments have been consumer-centric, McKinsey’s Modern Retail Collective is primarily focused on gathering industry data. “Consumers are the heart and soul of who we are, but as we look at the evolution of the industry, we want to support brands in testing brick and mortar,” Renslow says. “We want to learn and have data that we can share with tenants.”

For shoppers worried about being watched: well, you will be—but not as individuals, Schmidt says. “We're taking privacy very seriously and using data in an aggregated form. We are most focused on overall experience.”

From its industry-leading touch-screen directories to chatbot experiments, Renslow is keen on positioning MOA as future forward and embracing technology as an enhancement to physical retail rather than a replacement for it. But McKinsey’s lab is also an opportunity for MOA to draw in new and perhaps mall-adverse brands. “This is a first for ThirdLove—we’re excited to have that brand in the building,” Renslow says. “This allows us to build relationships with brands.”

McKinsey plans to keep the store running for 12 to 18 months. Featured brands will rotate, with a second wave scheduled for early next year. While the brands and their products will be prominently featured, the dozen-plus technologies being tested at Modern Retail Collective will be more discrete. “We picked tech based on what we want to understand about the customer,” McKinsey’s Schmidt says. For example, will customers opt for virtual bra sizing over stepping into a fitting room to try items on the old fashioned way? “If the tech performs, it will stay, if not, we’ll swap it out. That’s our independent perspective.” Tech partners did pay a fee to participate.

The first iteration of store is designed around the theme of discovery. The next, Schmidt says, will focus on personalization.

Modern Retail Collective opens to the public on Friday on the second floor, west.