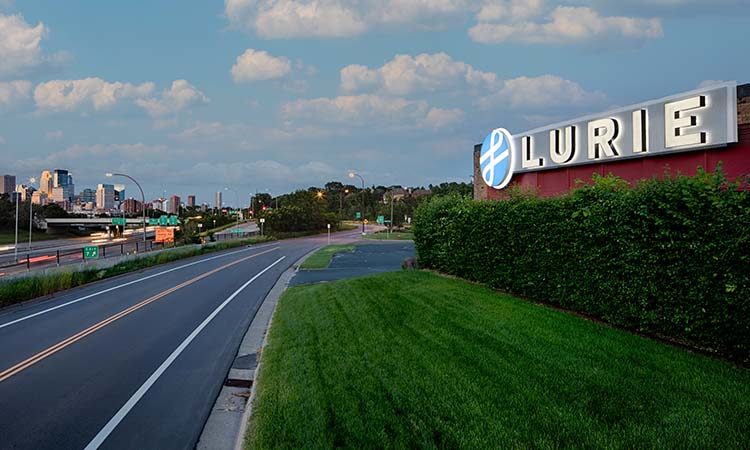 The 82-year-old Minnesota company will combine with EisnerAmper, a larger business that can invest in its growth.
By Liz Fedor
August 15, 2022

Except for an 18-month hiatus, Beth Kieffer Leonard has worked at Minneapolis-based Lurie LLP since 1984.

She’s been the guardian of the company—founded in 1940—since she became the accounting firm’s managing partner in 2007.

Despite her emotional attachments to the independent firm, Leonard and other Lurie partners recognized the marketplace had changed and they needed to find a merger partner. On Monday, it was announced that Lurie LLP would combine with EisnerAmper, a New York-based global business advisory firm with about 250 partners and more than 2,750 employees.

“A year ago, I looked at what the landscape is in our environment,” Leonard said in an interview with Twin Cities Business. “We really saw from our vantage point that we were coming to a collision between a shortage of resources and a need to invest in technology and other platforms to serve our clients.”

Demographic trends have been a challenge for Lurie and other accounting firms. “The number of people going into accounting programs has just dropped off tremendously,” she said. Meanwhile, baby boomers continue to retire from the accounting profession.

She expressed excitement over the merger with EisnerAmper because she said the larger firm can recruit from a much larger geographic base.

She also stressed that EisnerAmper has the capacity to make substantial financial investments in technology. “We’ll access whatever they develop because it will be pushed out through the whole firm,” Leonard said.

The pandemic has affected where Lurie employees work, but it hasn’t hurt the firm’s financial performance.

Before the pandemic surfaced in early 2020, Leonard had about 160 employees in offices in Minneapolis and Fort Myers and Naples, Florida. Now Lurie employs more than 200 people.

But that pandemic-period expansion comes with a caveat. “We can’t have unbridled growth forever without having additional resources,” Leonard said.

Lurie turned to Allan Koltin, a Chicago-based consultant whom Leonard has known since 1986, to help the firm assess its future options. Koltin works with accounting firms large and small across the United States.

“When we embarked on this process, we spent time with him to examine ourselves,” Leonard said. “We made some determinations about where we wanted to be in the marketplace.”

Lurie ultimately came up with a short list of merger candidates. Beyond the scale that EisnerAmper provides, Leonard said she appreciated the fact that TowerBrook Capital Partners, a New York-based investment management firm, bought an ownership stake in EisnerAmper.

A year ago, when that transaction was announced, an EisnerAmper news release said: “TowerBrook’s significant capital infusion will help drive EisnerAmper’s long-term growth initiatives, which include accelerating the evolution of service offerings, investing considerably in talent and technology, and strategically expanding via organic growth and targeted mergers and acquisitions—all directed at exponentially enhancing client service.”

Leonard said that she met with representatives of TowerBrook multiple times and is convinced the firm is taking a long-term view on its investment in the big New York accounting business. “That made a huge difference for us in assessing EisnerAmper,” she said.

A cultural fit also was key for Leonard as was ensuring a long-term commitment to Minneapolis. “We’re committed to this community—the business community and supporting organizations,” Leonard said. Lurie has received national recognition for being one of the best CPA firms for employing women.

“Those are the hallmarks of who we are,” she said, saying it’s important to her to preserve that character. EisnerAmper “respects it and values it,” she added.

Lurie is owned by the 24 partners of the Minneapolis-based firm. In its official announcement, the two accounting firms didn’t disclose terms of the deal.

However, Leonard offered some details.

The 24 Lurie partners will have an ownership stake in EisnerAmper. The Lurie name will be replaced with EisnerAmper on Sept. 16.

As the combination takes effect, Lurie clients won’t notice many changes because Lurie employees are being retained. “We will be serving the client base that we currently have with the same people,” she said. “The faces they know on Zoom or in person will continue to be the same in the Minnesota and Florida markets.”

However, she said, it will also be possible to draw on additional expertise for Lurie clients from the broader EisnerAmper workforce.

Beyond leveraging human resources, Leonard said the merger opens the door to greater use of automation, artificial intelligence, and other technological solutions to do the firm’s work. On a small scale, Lurie already uses an automated system for some tasks, such as placing client engagement letters into files. EisnerAmper, she said, has the ability to increase efficiency with labor-saving technology.

“The joining of these two forward-thinking firms creates a powerful combination,” Koltin said in a prepared statement Monday. “EisnerAmper has traditionally been known as a powerhouse on the East Coast and, with the addition of Lurie, takes a huge step toward establishing a flagship presence in the Midwest.”

Jay Weinstein, vice chair of industries and markets for EisnerAmper, said in the statement that beyond its strong reputation as an accounting firm that Lurie had distinguished itself for “supporting startups, accelerators, and organizations that support underserved groups.”