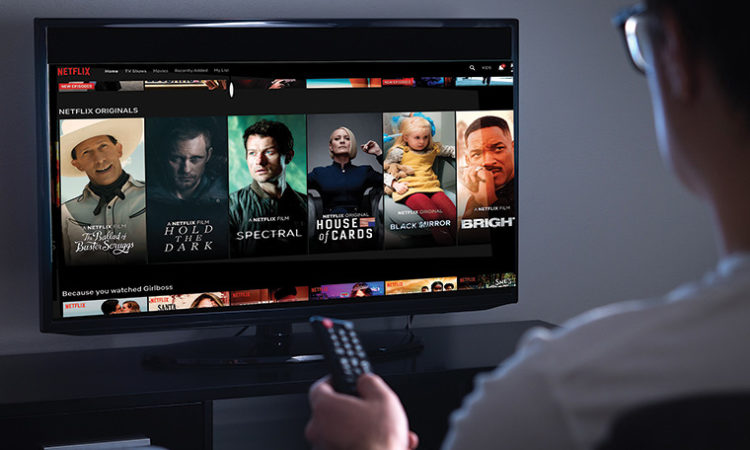 Multiplexes and standalone movie theaters in Minnesota find the streaming era has been largely positive for business.
By Sam Schaust
February 22, 2019

It was a blockbuster year for Netflix in 2018. The 21-year-old streaming service reeled in 15 Academy Award nominations this award season, with a baker’s dozen going to Roma and The Ballad of Buster Scruggs, a Coen Brothers film; only one studio had more. While the Oscars require that a film run for at least one week in Los Angeles theaters, Minnesota was largely left without showings of Netflix films. Though not for lack of effort.

“[Netflix is] not even looking to movie theaters,” contends Michelle Mann, district manager of Mann Theaters, a family-owned movie theater chain with eight Minnesota locations and four it co-operates under the CEC Theatres brand. Despite outreach to Netflix, she says Mann’s film buyer hasn’t secured a single Netflix film since it began theatrical release around 2015. “Our film buyer will really fight for the areas we know [a film is] going to excel, and sometimes we win and sometimes we don’t.”

Mann says Netflix operates most like an independent film studio. “[Smaller studios] look at it [as] all about the numbers. If they don’t think that they’re going to make money, they’re not going to put it somewhere.”

As of press time, only two local theater companies, both known for screening indies, had the OK to show Netflix’s 2018 award contenders: Landmark Theatres and the MSP Film Society. “Roma was the first theatrical film that we’ve engaged with Netflix on and it overall has been a good experience,” says Jesse Bishop, MSP Film programming director.

In line with Bishop’s experience: A survey conducted by the National Association of Theater Owners in November found that streaming services in fact complemented—not cannibalized—theater ticket sales. The more someone streamed, the more frequently they visited the theater, the 2,500-respondent survey found. Theater owners in Minnesota didn’t find this to be surprising.

One of them, Tom Letness, owner of the Heights Theater in Columbia Heights, ascribes the new popularity of documentaries in his theater to the rise of streaming. “I think people now [stream] so many documentaries and they understand what they are and find them interesting.”

Mann goes one step further to credit streaming services for driving interest in horror flicks. “They’re hits even if they’re terrible,” she says, “which [works against] our biggest threat: millennials wanting to stay home and stream. That niche has really brought them out.”