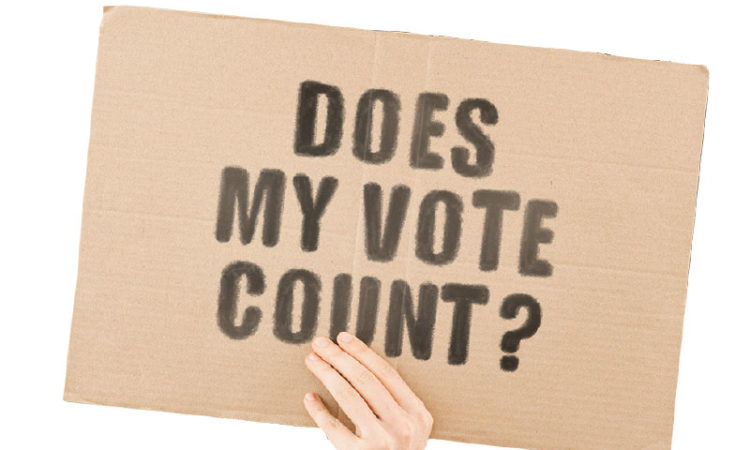 Now is the time to abolish the Electoral College.
By Vance Opperman
December 14, 2020

The election for president of the United States is Dec. 14. You can’t vote. Electors in the Electoral College choose our president, not us. The Electoral College is neither electoral nor collegiate. Five times, the winner of the popular vote has failed to be elected president. Elected, you say, by whom? Well, of course, the Electoral College. Ever meet a presidential elector? They are less known than your average watershed conservation district commissioner, who at least is actually elected. Not so the people who actually do vote for president. Electoral College electors are selected by candidate campaigns and nominated by political parties. But at least, you say, they vote as their states voted. Well, actually not. No federal law, nor the law in 17 states, requires electors to vote for the winner (or loser) in their state. In 2016, for example, four electors from the state of Washington voted against their state’s winner; one voted for Faith Spotted Eagle.

In 2016, Donald Trump won with a 77,000-vote plurality across three states (Wisconsin, Michigan, and Pennsylvania). It is mathematically possible today for a candidate to win the presidency with less than 22 percent of the popular vote. Wyoming voters have four times the power of a voter in California. Worse, if the Electoral College votes do not result in a declared winner (announced in Congress on Jan. 6), the selection of president goes to the House of Representatives, with each state getting one vote. The House has actually picked three presidents. According to an analysis by The Washington Post, if an election goes to the House today, a candidate could become president with 16 percent of the popular vote.

The Electoral College is not a carefully thought-out system crafted by deity-inspired Founding Fathers. Rather, it was a political compromise crafted by James Madison to bridge the gap between those who favored direct election and those who wanted Congress to elect.

The “winner take all” system used by the Electoral College means that millions of voters (Trump voters in California, for example) have no voice, and no incentive, to vote for president. Defenders of the Electoral College claim that small states receive presidential candidate attention that would not exist if a direct election system were used; candidates would only visit large urban centers and large states to run up their vote totals. Yet under our current Electoral College system, an analysis of the 2016 election shows that 94 percent of general election campaign stops were concentrated in just 12 states.

Campaigns are not just general election phenomena. Every four years, pundits and editorial writers bemoan the influence of states like Iowa and New Hampshire (and, in 2020, South Carolina) on our presidential election process. This influence is not the result of the 1789-crafted Electoral College compromise; it is the result of (1) party rules and (2) media coverage. Neither of these two factors will be changed by a change in the Electoral College.

Unlike 1789, media is now ubiquitous and social. Voters are influenceable without physical campaign visits. When every vote counts, all media focus (even by Russians) will be on all voters. We are not a country today defined by state residence or the difficulty of travel. We are as mobile as our phones, and as reachable.

The Founding Fathers had little faith in direct democracy; only the House was elected directly (because taxes are collected directly). The Supreme Court was nominated by an Electoral College-chosen president, confirmed by the Senate (senators were elected by state legislatures until 1912), and never required to face voters because they were appointed for life. The Founding Fathers believed the “wise” Electoral College electors would reject any candidate who was unfit. How has that worked out?

No, the time is now for all of our votes to count. Several ways to accomplish this have been proposed, including the National Popular Vote Interstate Compact, adopted by 15 states and the District of Columbia. Under the compact, each state pledges its Electoral College votes to the winner of the national election. Adopting the compact would avoid having to go through the cumbersome process of amending the Constitution.