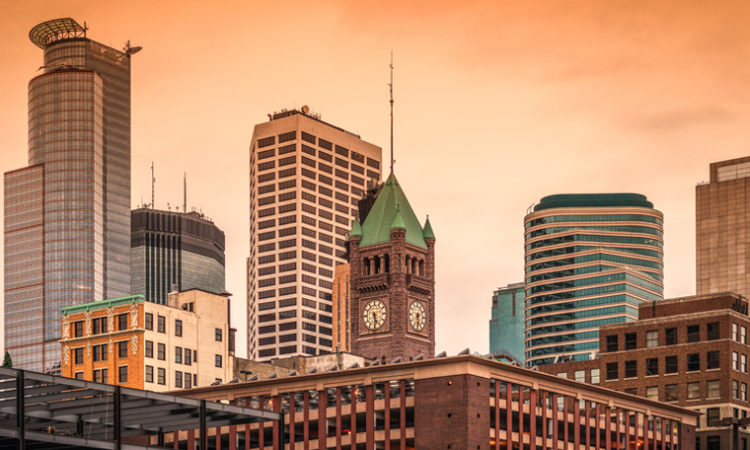 Job Growth Has Ground to a Halt in Minnesota

The state lost 800 jobs over the last five months of 2018, yet the unemployment rate remained low.
By Burl Gilyard
February 07, 2019

The state of Minnesota boasts a historically low unemployment rate which has held at 2.8 percent—the lowest since May 1999—for four straight months. But behind that number there are troubling signs about Minnesota’s job market: job growth in the state has stalled out. In recent months, the state isn’t creating a net gain of new jobs. Over the last five months of 2018, the state actually lost jobs.

A closer look at statistics from the Minnesota Department of Employment and Economic Development (DEED) finds that over the five-month period from August to December 2018, the state actually lost 800 jobs in the aggregate.

“We’ve been pretty flat since July,” said Steve Hine, director of DEED’s Labor Market Information Office, of the numbers for the August to December period of last year.

“We saw incredibly strong growth over the three months prior to that and we’re at a rate of unemployment that strongly suggests that we might just be seeing the constraints of a lack of available workforce,” said Hine.

May, June and July 2018 were robust months for job creation in Minnesota. Over those three months from May to July, DEED reports that the state added a total of 31,700 jobs—averaging more than 10,000 new jobs per month. The May to July job gains account for 98.4 percent of total job gains for the entire year. The other nine months of the year (January to April and August to December) added a combined grand total of just 500 jobs.

In recent years, health care has often been a strong sector for job creation. But during 2018, some health care categories lost jobs.

Hine called the job losses for ambulatory health care services “very surprising.” But he noted that employers across the state are having trouble finding workers.

DEED reports employment statistics every month, but often revises the monthly counts. The numbers are seasonally adjusted, a statistical technique used to prevent predictable, seasonal-only jobs from skewing the overall employment statistics. The current tally is based on the most up-to-date labor numbers from Hine, but the statistics aren’t final yet.

“These will all be revised with our next release…at the end of the year, we revise the entire year,” said Hine of the employment statistics for 2018.

Most economists are forecasting slower growth for 2019. The Consumer Confidence Index declined in both December and January. The latest Wells Fargo/Gallup Small Business Index saw a drop in the optimism of small business owners for their companies in the year ahead. Recent stock market volatility and concerns about global economic trends are prompting more uncertainty about the economy.

“It’s going to be an interesting year. If there is a consensus it is that the economy is due for somewhat of a slowdown,” said Hine of prospects for 2019. “I will not be at all surprised if I see our rate of job growth diminish.”

Monthly Job Gains and Losses Throughout 2018