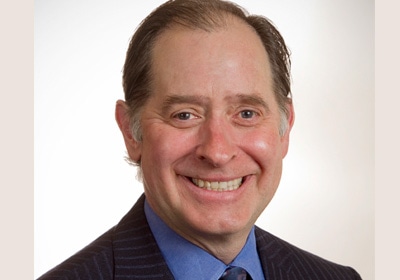 Charlie Zelle, who will begin his new role on January 15, succeeds Tom Sorel, who left his post at the end of November to lead AAA Minneapolis.
December 22, 2012

Charlie Zelle, longtime president and CEO of Minneapolis-based Jefferson Lines, is leaving his posts to become commissioner of the Minnesota Department of Transportation (MnDOT).

Governor Mark Dayton’s office announced the appointment on Wednesday. Zelle, who will begin his new role on January 15, succeeds previous Commissioner Tom Sorel, who left the agency at the end of November to become president and CEO of AAA Minneapolis—the local chapter of a national member-based organization that offers roadside assistance, insurance, and other travel-related services.

Zelle has led Jefferson Lines, a transportation company that provides travel services in 13 states across the Midwest, for more than two decades. Jefferson Lines serves more than 60 communities in Minnesota and specializes in connecting rural areas to destinations throughout North America.

According to Dayton’s office, Zelle expanded Jefferson Lines, “restored and sustained” the company’s profitability through efficiency and growth, and made it into a national model for public rural transit. Additionally, he’s credited with modernizing the company’s bus fleet and developing a “College Connection” program that transports students between home and school across five states.

“Charlie Zelle’s outstanding record of innovation in the private sector will serve Minnesota well as we build a transportation system, which will serve our needs and support our future growth and prosperity,” Dayton said in a statement. “I know that Mr. Zelle’s very successful business career and his strong commitment to public service will make him an outstanding commissioner of MnDOT at this important time.”

After Zelle becomes commissioner, he will play no role in managing Jefferson Lines’ day-to-day business, although he will continue to chair its board of directors. However, he will recuse himself from handling issues between MnDOT and Jefferson Lines, Dayton’s office said.

“It is a great honor to join the Dayton administration in an area that is critically important to all Minnesotans,” Zelle said in a prepared statement. “MnDOT has a strong reputation for innovation and I look forward to helping lead the agency as it plays an increasingly important role in advancing the state's future prosperity through key investments in infrastructure.”

Zelle serves on several professional boards and committees, including the Minneapolis Regional Chamber of Commerce (which he chairs) and the Minnesota Chamber of Commerce. He is also a founding member of the Itasca Project—a conglomeration of more than 50 Minnesota CEOs, public-sector officials, and leaders from area foundations; its self-described goals are to build a thriving economy and quality of life in the region, and to reduce and eliminate socioeconomic disparities.