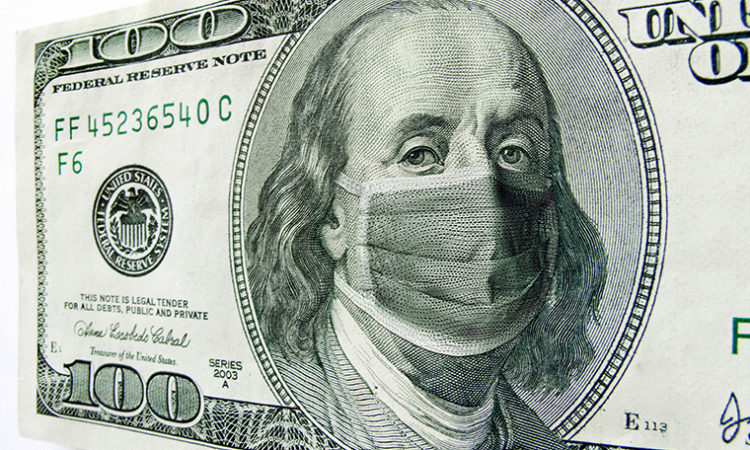 Is the New Jobs Report Good? Or Not So Good?

The true unemployment rate is at least 19 percent.
By Burl Gilyard
June 05, 2020

Everyone was waiting to see the latest federal jobs and unemployment statistics, which were released early Friday morning. The two most closely watched numbers were a better-than-expected surprises: Employers added 2.5 million jobs in May, bringing the unemployment rate down to 13.3 percent according to the monthly report from the U.S. Bureau of Labor Statistics. The April unemployment rate of 14.7 percent was the highest on record back to 1948.

Immediate reactions quickly fell into two camps: those who were ebullient about the numbers and saw it as strong evidence of an economic rebound, and others who were highly suspect of the report as millions continue to file for jobless benefits. Just yesterday it was reported that another 1.9 million Americans filed for jobless benefits last week; since the start of the pandemic 42.6 million have filed for unemployment benefits.

President Trump immediately called a press conference to tout the numbers. The stock markets quickly jumped on the news. The Dow Jones Industrial Average was up nearly 1,000 points by the middle of the day.

But how you should you feel about the numbers? As is often the case, it depends what numbers you want to focus on. Yes, jobs are being added but a closer look at the numbers shows more Americans without a job or underemployed than the headline numbers will tell you.

But the BLS noted that approximately two-fifths of all of the May job growth came from part-time jobs. In the big picture, part-time jobs currently account for 15.1 percent of all jobs in the U.S.

Before Friday’s numbers hit, economists forecast that the unemployment rate would likely come in at 19.5 percent. How could they be so wrong? Looking at the numbers from a different angle, they were actually very close.

The numbers still count 21 million as unemployed. But there are an additional 9 million people “not in the labor force who currently want a job.” Those 9 million people without jobs are not counted as unemployed because they were not actively seeking a job over the last four weeks. This is a long-standing quirk of the federal jobs numbers which has drawn steady criticism for underestimating the true unemployment rate.

If those 9 million people were counted as unemployed, the unemployment rate would be 19 percent.

The BLS also currently counts 10.6 million workers who are working “part time for economic reasons,” but would prefer to have full-time jobs. The number of workers in that category has increased by 6.3 million people since February: an increase of 146 percent.

If the unemployed, workers not in the labor force, and those working part-time for economic reasons were combined it would total 40.6 million Americans who are either out of a job or underemployed. That would translate into an unemployed/underemployed rate of 25.7 percent.

The BLS’ own “alternative measures of labor underutilization” tallies an unemployed/underemployed rate of 21.2 percent for May. But that statistic does not appear to fully count people who want a job but are not counted in the labor force.

Minnesota reported an unemployment rate of 8.1 percent for April, which suggested that it was faring better than many other states. At the same time, the Minnesota Department of Employment and Economic Development reports that 750,526 Minnesotans have applied for unemployment insurance since March 16. That’s 25 percent of the state’s workforce.

As racial unrest exploded in the wake of the killing of George Floyd by Minneapolis police, it’s worth noting the inequities reflected in the national jobs report. The unemployment rate for whites is notably lower than it is for blacks, Asians and Hispanics.

BLS acknowledged that the Covid-19 pandemic was having an impact on its normal data collection, which may be leading to underreporting the number of unemployed workers. In its release, BLS noted: “However, there was also a large number of workers who were classified as employed but absent from work. As was the case in March and April, household survey interviewers were instructed to classify employed persons absent from work due to coronavirus-related business closures as unemployed on temporary layoff. However, it is apparent that not all such workers were so classified. BLS and the Census Bureau are investigating why this misclassification error continues to occur and are taking additional steps to address the issue.If the workers who were recorded as employed but absent from work due to ‘other reasons’ (over and above the number absent for other reasons in a typical May) had been classified as unemployed on temporary layoff, the overall unemployment rate would have been about 3 percentage points higher than reported (on a not seasonally adjusted basis).”

It’s also worth noting that monthly employment reports are routinely revised. In its Friday release, BLS noted that 642,000 more jobs were lost in March and April than previously reported.