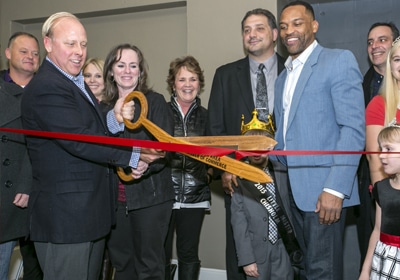 Jerry Seppala, founder and CEO of Ironbound Studios, has been arrested on charges of cheating investors out of $12 million intended for film projects.

Two other men from California, James David Williams and Steven Brown, were allegedly in cahoots with Seppala in an advance fee scheme. The trio was charged with wire fraud and wire fraud conspiracy, while Williams and Brown were also hit with money laundering charges.

In a release from the New York Department of Justice, U.S. attorney Preet Bharara said the three men used “lies about making feature-length films and documentaries” to court investors to various film production opportunities. As a ploy to woo investors, court filings indicate that, among other celebrities, Nicolas Cage, Harry Connick Jr. and Willie Nelson were name-dropped in connection to certain projects.

The number of individuals affected by the alleged scheme is uncertain. Of those who are leading the criminal case against Seppala, Williams and Brown, each claim the men falsified financial records to support their scheme.

In one such incident, prosecutors said Williams told an investor he was backing a project with $2 million out of his own pocket. Allegedly, Williams then sent the victim a bank statement showing a $2 million account balance for the project, however, records show there actually was no money in that account and there never was until the victim’s own $2 million investment was wired through.

Prosecutors claim the more than $12 million solicited from investors between 2012 and June 2016 was used to fund other projects, pay back previously defrauded investors and pay personal expenses, which included the purchase of a car and a house for Williams.

Seppala, whose movie studio was featured in TCB’s January cover story, did not return calls requesting comment on the allegations.

Seppala, Brown and Williams, if found guilty of wire fraud, could each receive a maximum 20-year prison sentence. Conspiring to commit money laundering carries up to 10 years in prison.

Seppala’s next court appearance is scheduled for July 21 in New York.