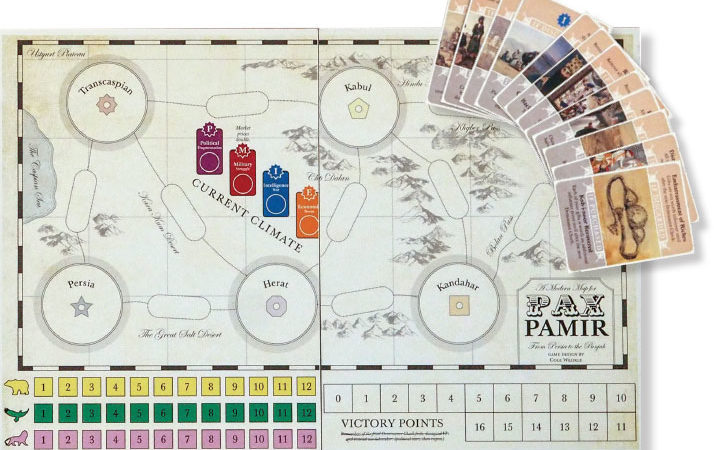 Inside a St. Paul Company’s Quest to Crowdfund a Board Game

How a game about 19th-century Afghanistan raised nearly a quarter million dollars.
By Amanda Ostuni
November 01, 2018

What would you guess a recent local crowdfunding effort that generated almost $245,000 from more than 3,000 people was for—a hot new doughnut shop, maybe a startup reinventing the mattress business? How about a board game about Victorian-era geopolitics and power?

Ding, ding, ding! That’s what the Kickstarter campaign for Pax Pamir: Second Edition achieved within a month this summer, far surpassing the $10,000 goal set by the game’s creator and campaign organizer, Cole Wehrle.

“The game has had legs in a way I didn’t really expect it to have legs. Pax is a hard, strange game,” says Wehrle. “To see that there is room for people to have community around that game, that’s everything.”

Pax was the debut project for Wehrle’s St. Paul-based company, Wehrlegig Games (which he co-owns with brother Drew), but he’s no amateur. Wehrle’s original was published in 2015 by Sierra Madre Games, and he currently works for St. Paul-based Leder Games.

Wehrle credits the “colossal success” of his first independent undertaking to the 2,000 followers he’s acquired in the gaming community, through previous work, and his writing about game design. He adds that new fans found the campaign through word-of-mouth and Kickstarter’s marketing prowess.

One backer, 33-year-old New Yorker Karl Reza Sarvestani, who appreciates the game’s boldness and originality, has backed 19 board-game Kickstarters and contributed the minimum $60 for Pax Pamir, plus shipping, and an add-on of metal coins.

For board games, Kickstarter is used as a pre-order platform, so money raised determines production needs. With Pax Pamir’s success, instead of hand-printing a small run, Wehrle will employ a factory to produce twice as many games as there are backers, shipping them out by next June and storing the extras for future orders.

Wehrle says Kickstarter has opened up the board game industry for offbeat ideas like his. “We’re not in a mass-market world anymore. I can spend a few years of my life making a strange game about Afghanistan and then be able to produce it and see it resonate,” says Wehrle. “That’s an amazing privilege.”