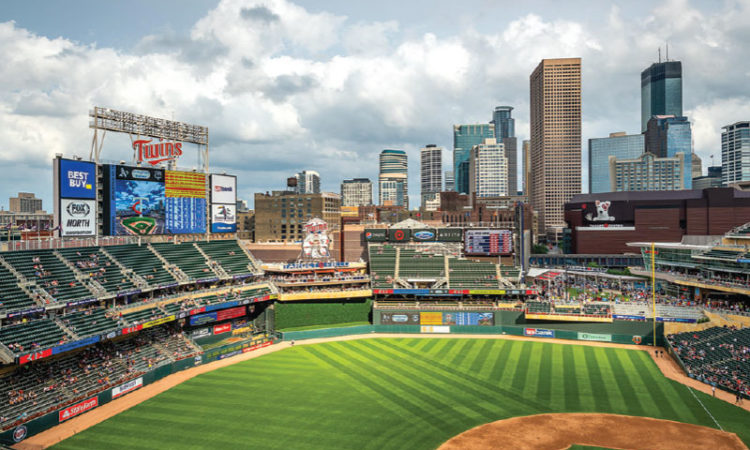 For attendance-based businesses, game-planning 2021 is more wizardry than accounting.
By Adam Platt
January 01, 2021 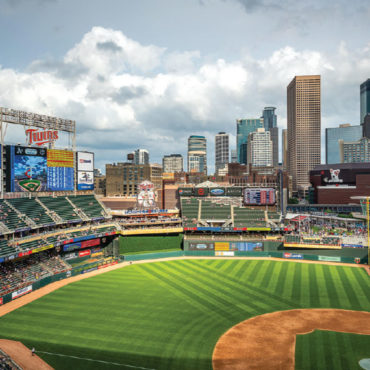 Budget season is coming to an end for most of us; it involved a lot more guesswork than usual, I’m sure. 2021 is the ultimate black box of black boxes, and few businesses are struggling with it like attendance-based ones.

Concerts, plays, sports, nightclubs, restaurants: all shuttered. The coming year appears more and more to be when normalcy returns, but how and at what pace we don’t know. I checked in with three of Minneapolis’ biggest visitor attractions to see how they were planning for 2021.

First Ave. is not just a single venue on Seventh Street; it also operates or schedules multiple music venues around town. Owner/CEO Dayna Frank says 2021 is all about scenario-gaming—but few of them are compelling.

“We are not planning any significant revenue for next year,” she says. “Bands have to feel safe touring, and venues have to be open all over the country for them to mount a tour.” For now she’s got five employees on payroll and continues to advocate for government relief.

The coming year appears more and more to be when normalcy returns, but how and at what pace we don’t know.

“We can’t project our product into people’s homes,” says Frank. And if you’re wondering about livestreaming concerts, Frank says the revenue potential is nil: “Livestreaming brings in around $350 a month for venues.”

My 22-year-old wants nothing more than to go to concerts again. It is the No. 1 pandemic-related loss for him and for many young people, and the experience is not even remotely substitutable with streaming because it’s intensely social and sensory.

Frank says it will take the music industry probably a full quarter to ramp up when the all clear —or something like it—sounds. Her ace in the hole is that her customer base is younger, and they will be the first to avidly repopulate social spaces.

The Hennepin theaters’ CEO has a bigger boulder to roll up the mountain because his clientele includes a wide mix of ages and risk profiles, but he faces similar challenges to First Ave. in other respects. “Broadway shows need 20 to 30 cities to tour, so we can’t open in a vacuum,” he says. HTT is hoping to open the doors with Hamilton in July—fortunately the beginning of its fiscal year—but Nerenhausen knows it’s a calculated risk.

And when traveling productions return, they won’t be distanced. “It’s an all-or-nothing situation,” he says. “The cost is so high that you need to fill your space. You need full capacity.”

If traveling shows can’t ramp up in time for the city’s reopening, Nerenhausen expects musical acts or comedy to fill some nights, as they require less infrastructure and can organize tours faster.

Nerenhausen’s subscribers are also thinking about public safety and downtown’s ambience. We’ve all seen the social unrest and read the articles about downtown’s devolution. It flowed hand in hand with the pandemic, and it is going to be difficult to be the first to reopen in a deserted downtown. “We’re working really closely with the Downtown Council and Chamber to figure out the right way to do this when it’s time,” he says.

The Twins prez has seen a lot in his decades with the team, but little prepared him for a pandemic. The Twins played in 2020 for two months, and in the process they sustained huge losses. He says MLB teams lost $3 billion as a group, an average of $100 million per team. Those that depend on stadium revenue for a higher percentage of their take, like the Twins, were probably disproportionately affected.

St. Peter says budgeting for 2021 has been challenging. “We’re in the midst of scenario planning right now,” he said in October. “We recognize there’s a lot of ways this could play [but] there is no way 2021 is going to make any economic sense.” He anticipates “tens of millions” in losses but says the Pohlad family takes the long view.

“We expect to go to spring training in February and compete,” he continues. “We expect to have our full complement of people, while other teams have cut.” The big question is attendance. “Our hope is fans are reintroduced at a scalable level.”

Let's Really Vote for President
Verified: What Gift Makers Give
Flush with Opportunity
No Huddle Sundays

Because the Twins have maintained their market research, St. Peter knows many fans are as concerned about downtown safety as they are about Covid: “It’s a major hurdle for some people right now.” He says he expects Target Field to likely be the first large-scale venue in Minneapolis to reintroduce in-person attendance, and “we welcome being part of the solution.”

His hope is for a stabilized economic picture in 2022. Amen to that.