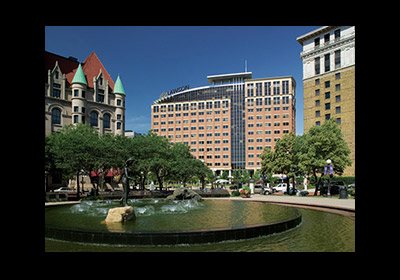 Flagstone Foods, which in 2012 received state funding to relocate its headquarters and add jobs in St. Paul, has now agreed to be bought by TreeHouse Foods, Inc.
July 10, 2014

Flagstone purchases, prepares, packages, and distributes over 1,500 branded and private label varieties of snacks to retailers throughout North America. The company reported sales of $697 million in 2013 and employs 1,365 at its St. Paul headquarters and at facilities in Minneapolis and Roberson, North Carolina.

In 2012, Flagstone moved its headquarters to downtown St. Paul and received $80,000 from the St. Paul Housing and Redevelopment Authority as an incentive to bring corporate jobs to the city. The money constituted a forgivable loan that didn’t have to be repaid if the company brought in 40 jobs within a year, which it did.

A representative from Flagstone wasn’t immediately available Monday morning to describe how the deal will affect the company’s Minnesota employees and facilities.

TreeHouse, also a healthy snack maker, is based in Oakbrook, Illinois. The company said that after it acquires Flagstone, it expects its annual sales to reach nearly $3.5 billion, with profits of more than $450 million.

TreeHouse also said it expects the deal to increase its per-share earnings by $0.24 to $0.28 in the first full year following the deal, which is expected to close during the third quarter of this year.

“Flagstone Foods has demonstrated a capability to broaden its product offering with existing customers, to expand into new categories through innovation, and to achieve new customer wins,” TreeHouse President and CEO Sam Reed said in a statement. “Over the last three years, the company has seen top-line growth of 24 percent per annum as well as meaningful margin expansion, and has a clear strategy in place to continue its growth trajectory.”

“In addition, Flagstone Foods has made great strides in partnering with retailers to merchandise healthy snacks along the perimeter of the store, where consumer traffic continues to grow,” Reed added.

According to Reed, Flagstone CEO Paul Lapadat, along with his management team, will join TreeHouse after the deal closes.