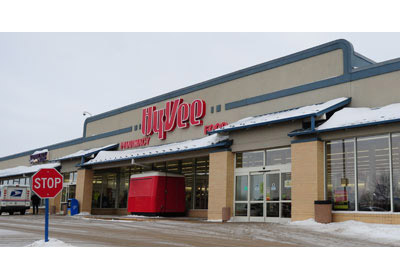 Amid a significant upheaval of the local grocery scene, Hy-Vee is expanding further into the Twin Cities with a new store in Oakdale.
August 08, 2014

Major grocery store chain Hy-Vee announced Tuesday that Oakdale will be home to its second Twin Cities store, and it plans to create 450 local jobs at the new location.

The West Des Moines, Iowa-based chain said in February that it planned to make a big push in Minnesota by “add[ing] several new stores to the Twin Cities market per year, over the next several years.”

Hy-Vee said it has been working with Oakdale officials for months to secure their new retail space at the interaction of Interstate 694 and 10th Street North, which formerly housed an outlet mall. Hy-Vee said a grand opening date for the store hasn’t been scheduled yet.

The company has maintained a Minnesota presence since 1969 (it currently operates 17 stores in the state) but has only recently entered the Twin Cities metro market. Prior to its plan for Oakdale, Hy-Vee announced plans for a store in New Hope.

The Twin Cities’ grocery business has been in the midst of an upheaval recently as both large and small retailers vacate the market while new ones flow in to replace them. Click here to learn more about the changing local grocery landscape.

One of the largest of such deals closed in July, when Roundy’s sold 18 Rainbow stores to a group of local grocery retailers, including Supervalu, Inc., for $65 million.

Hy-Vee said its Oakdale store will feature amenities like the company’s Market Grill or Market CafÃ© brands, which include sit-down, wait-staffed service. It will also have pharmacies with drive-up windows, floral shops, a sushi bar, dry cleaning, and other services.