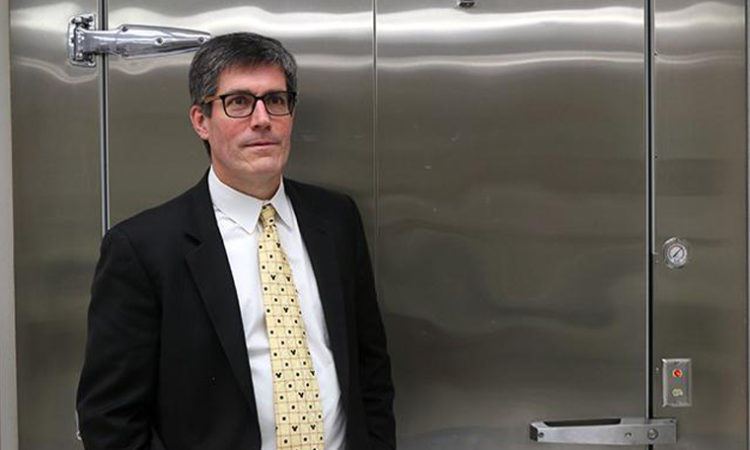 How the Opioid Epidemic is Affecting Minnesota Medical Examiners

Last year, opioid drugs were responsible for nearly 2,100 nonfatal overdoses treated in Minnesota hospitals and claimed 395 lives, according to the Minnesota Department of Health, which experts take as a sign of a growing problem fueled by prescription painkillers, heroin and an ever-expanding list of powerful synthetic drugs.

When we hear about the strain caused by a mounting death toll, the narrative is often focused on the human tragedy — a descent into dependence on the highly addictive drugs, lives destroyed or lost — often at a young age, and grieving families.

We don’t hear as often about the strain the increase in overdose deaths can place on the people whose job it is to investigate the circumstances of them: those who work in medical examiners’ offices.

In October, the New York Times told the story of the New Hampshire state medical examiner’s office, which risks losing its accreditation because of heavy workloads resulting, in large part, from an increase in opioid deaths.

“It’s almost as if the Visigoths are at the gates, and the gates are starting to crumble,” Dr. Thomas Andrew, the retired chief medical examiner, told the Times. “I’m not an alarmist by nature, but this is not overhyped. It has completely overwhelmed us.”

Across the U.S., the people charged with investigating deaths are facing heavier workloads as bodies, felled by ballooning numbers of drug overdoses, are wheeled through their doors and placed on their examination tables.

And Minnesota is no exception.

Though Minnesota hasn’t been hit by opioid deaths to the same degree as places like New Hampshire, Baltimore, Ohio and West Virginia, there has been an increased opioid-related caseload here, said Dr. Andrew Baker, the chief medical examiner for Hennepin County.

“We’re definitely feeling it here. It hasn’t been as bad as other places, but it certainly puts a strain on our staff and our budget, because our case numbers are up,” Baker said. When he met with MinnPost in October, he had just returned from a conference.

“All we chief medical examiners can talk about is the opioid epidemic and how it’s just crushing what was already a huge workforce issue,” he said.

Under Minnesota state law, “all sudden or unexpected deaths and all deaths that may be due entirely or in part to any factor other than natural disease processes” are required to be reported to medical examiners, who serve most counties in Minnesota, or coroners, who tend to serve smaller counties. Drug overdoses fall into this category. Professional standards require medical examiners to perform a full autopsy — which entails removing and dissecting organs and photographing the inside and outside of the body — in overdose cases, a process that can take an hour or two in straightforward cases, or a day in more complicated ones, plus comprehensive toxicological testing.

In jurisdictions served by the Hennepin County Medical Examiner — Hennepin, Dakota and Scott counties — the number of overdoses due, in whole or part, to opioids has increased from 43 a decade ago to 175 last year. The number of heroin overdoses went from zero to 82, and the number of drug overdoses overall (methamphetamine-related deaths have also seen an increase in recent years) rose from 106 to 248. If those overdoses were all autopsied by Baker’s office, that would add the equivalent of about 2.7 additional full autopsies each week over 2006 levels. (The Hennepin County medical examiner’s office began contracting with Dakota and Scott counties in 2013, so staffing levels were different in 2006 from what they are today). 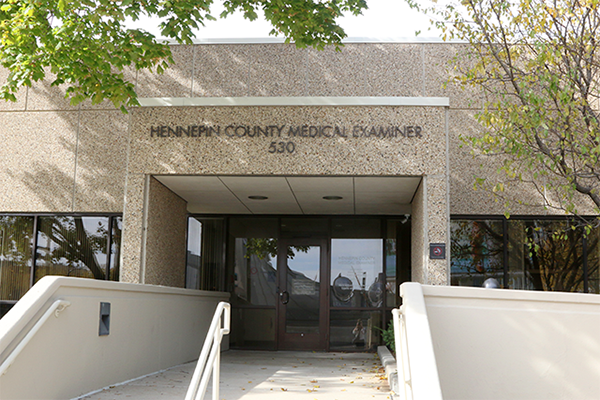 In jurisdictions served by the Hennepin County Medical Examiner — Hennepin, Dakota and Scott counties — the number of overdoses due, in whole or part, to prescription opioids has increased from 43 a decade ago to 175 last year. (Photo by Greta Kaul)

Hennepin County isn’t alone. Of four of the major medical examiners’ offices in Minnesota — located in Hennepin, Ramsey, Anoka and Olmsted counties (each cover multiple counties) — every jurisdiction has seen an increase in the number of opioid, heroin and other overdose deaths in the last decade.

Many overdoses are the result of more than one drug, and with the publicity the opioid epidemic has generated, families want answers beyond that their loved one died of a mixed-drug overdose. That means time and money. And as far as volume goes — “We haven't gotten to a point where we have storage issues yet, but it's just devastating for families,” she said. “I would be surprised if we didn't have a case every day.”

The Midwest Medical Examiner’s Office, located in Anoka County and covering 20 other, mostly smaller, counties, has “certainly” seen an increased load of overdose deaths, though Anoka County spokesman Erik Thorson said in an email that it’s not yet at a level that’s burdening the office. 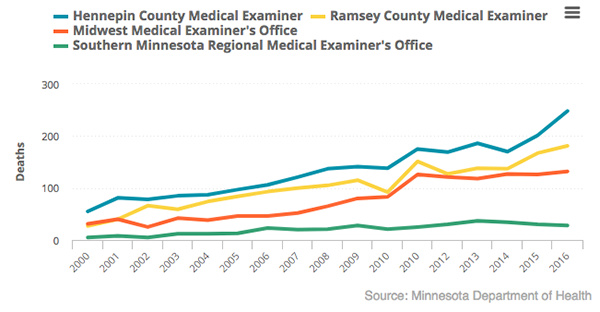 Add the additional autopsy load to a nationwide shortage in medical examiners, and you’ve got the potential for trouble — even for jurisdictions that have the funding to hire additional staff.

“We just put out a posting nationally for a seventh doctor. It’s a tough slog because there’s such a shortage of people who do what I do nationally. You can go a long time before you fill an open position,” Baker said. Unless he can find someone coming out of a fellowship program, he’s going to have to poach someone from an office somewhere else in the country, which makes him feel bad because everyone’s facing the same shortage.

“We were understaffed before the opioid epidemic hit,” he said.

In addition the cost of hiring more staff to cope with the increased workload, each drug overdose investigation costs a more to investigate than many other types of deaths.

Dr. Ross Reichard, chief medical examiner of the Southern Minnesota Regional Medical Examiner’s Office, located at the Mayo Clinic in Rochester, puts it this way: “Even if you have a relatively small increase in cases, the complexity of the testing that has to be done to rule in or rule out these drugs is increasing, and that’s an additional cost — and work. [Synthetic opioids] have evolved very quickly, so keeping ahead of the testing needs has been a challenge on laboratories in general. Again, that’s additional cost and time and resources.”

Fentanyl, the synthetic opioid that killed Prince, is so powerful it’s changing the way first responders do their jobs, because exposure to small amounts could kill them. But it’s just one of the dangerous drugs that is popping up with increased frequency in Minnesota. Medical examiners also cite carfentanil, an even more powerful drug used to tranquilize elephants, plus designer drugs cyclopropyl fentanyl, acrylfentanyl. 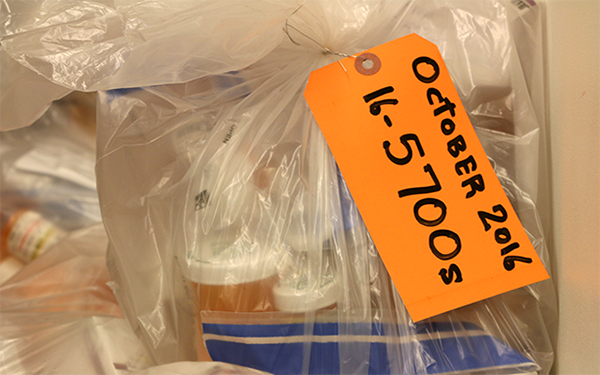 While fentanyl is relatively easy to test for in-house, some of the other strains of synthetic opioids are more difficult to detect.

“Most of the time our lab cannot detect these, so we have to use really good investigative work and then send the blood to a reference laboratory in Pennsylvania to prove the case,” Baker said.

Since testing labs are backlogged with the onslaught of opioid deaths, it can take four to six weeks to get results back, which, in addition to costing time and money, doesn’t make families — waiting to find out how their loved ones died — very happy, Baker said.

Reichard’s office in Olmsted County hasn’t had to raise the cost per-death investigation it charges counties, but the increased cost of testing does affect its bottom line, he said.

“Everybody knows someone who’s addicted to opioids,” Baker said. “You may not know that they are, but I guarantee you you know people who are addicted.”