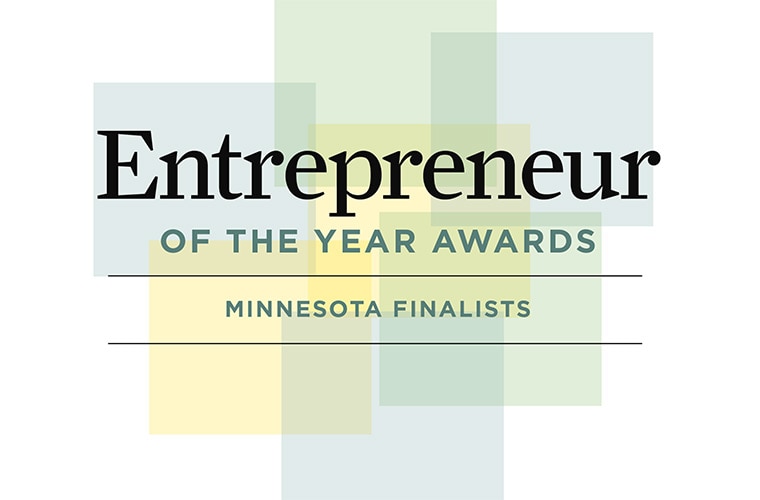 Mission: Provide resources for individuals to find the home care services they need and offer reputable administrative services to caregivers.

Major impact: After being laid off from his legal job, Best started an agency that has managed to thrive despite what he describes as Minnesota’s cumbersome regulatory process and continuously changing statutory environment. Best Home Care currently has more than 500 clients. With a commitment to upgrade technology in a previously low-tech industry, Best developed an electronic timesheet submission process, then shared an app with competing agencies. Best Home Care also has developed an on-demand electronic visit-verification system that allows for real-time requests for services.

Mission: Provide a full spectrum of services and sourcing capabilities to develop, produce, and deliver a beverage vision from first formula to full trucks of product.

Major impact: Janet Johanson started BevSource at age 24, after the company she was working for went bankrupt. She’s now CEO of a firm that helps beverage companies improve systems and efficiencies by acquiring and sharing knowledge and resources. The company recently launched The Lab, a first-of-its-kind pilot production facility and “beverage playground” to help beverage entrepreneurs effectively and affordably test their ideas using actual production equipment and gather consumer feedback via an on-site taproom.

Mission: To bring excellence to the development and management of affordable housing communities across the United States.

Major impact: Paul Sween is dedicated to the idea that good business can produce great outcomes for society. He joined the company in 1989, just as the Low-Income Housing Tax Credit program began to take shape. This program, led in part by Dominium’s work in the sector, remains one of the most successful public/private partnerships in the nation and has changed both the quality and the success of public housing. Dominium now has nearly 35,000 units and is among the largest developers and managers of affordable housing in the United States.

Mission: Be a recognized leader in enhancing the mobility and effectiveness of body-worn devices that provide affordable and accessible health care and improve the quality of life for those served.

Major impact: Gorder wrote the business plan for his company nearly 50 years ago, while studying for his MBA at the Carlson School of Management. The company, which engineers, designs, and manufactures miniature hearing, health care, and medical devices, had 2018 sales of $116 million, a 28.5% increase from 2017. Mark and his wife, Diane, have created the Mark & Diane Gorder Charitable Trust, which financially supports students of need pursuing STEM careers.

Major impact: After visiting a dirty and neglected bathroom at a baseball stadium, Smith thought, “Why can’t I just text management about the problem?” That question was the genesis of Kipsu, software that helps manage digital relationships with customers. The company’s client base includes leaders in the hospitality, higher education, shopping, and transit segments. Their numbers document their success—92 percent customer retention year-over-year and a growth rate that averages 90 percent per year in the past four years.

Major impact: Carroll is determined to change the way companies look at community involvement. “Business can be done differently,” she says. “It’s an asset, not a liability, to help others.” The agency’s client list includes work for adidas, Puma, Under Armour, and Petco. She’s committed to investing 50 percent of profits ($6.5 million dollars in its first 10 years) toward global programs for food, water, safety, education, microfinance, and health.

Mission: Help businesses of all sizes and industries co-brand with the top retail brands in their favorite product categories.

Major impact: At age 58, many entrepreneurs are ready to start slowing down. But Dick Ward, fired up about his idea for a new e-commerce venture, took a Google Adwords online seminar and invited his two adult children, both digital natives, to join him in a new company. Merchology imprints corporate logos on high-end merchandise from top brands like Under Armour, Patagonia, and Tommy Hilfiger. It’s a strategy that’s paying off in rapid growth of 90 percent from 2016 to 2017 and 55 percent from 2017 to 2018.

Mission: To help clients improve efficiency with their logistics operations.

Major impact: While “entrepreneur” and “startup” are often uttered in the same breath, Murphy Logistics Solutions is about as far from startup mode as a company can be. Murphy is the fourth generation leading this family-owned, full-service supply-chain logistics company. Under his leadership, the company has grown its warehouse space 175 percent and its revenue 185 percent. A pioneer in sustainability, he’s made warehouse improvements that include solar panels, LED lighting, low-water plumbing, stormwater management, and landscaping with native prairies.

Mission: To expand the portfolio of service and housing options to community members with various disabilities or dependencies or those who might otherwise be institutionalized.

Major impact: This health and human services company was formed when Blake Elliott’s brother suffered a traumatic brain injury and Luke Wendlandt had several people close to him die from addiction. Together, they’ve created a company with brands that include Bridges MN for people with developmental disabilities or serious and persistent mental illness and Northstar Behavioral Health, which provides services supporting individuals diagnosed with opioid use disorder. Asked if they have plans to help any other subsets of the population, the NorthBridge leadership team asks, “Who can’t we help?

Mission: The company is a distributor and service provider of capital medical equipment.

Major impact: Employee-owned NXC has been led by Zeilinger since 2010. Known for his collaborative leadership style, he reengineered the company for the digital revolution and has built long-term partnerships with clients. NXC has held the market leader position in 3D mammography and CT scans for more than a decade. NXC has been partnering with Medicom to create a national health information exchange to help reduce the need for reimaging. By avoiding duplication of imaging, health care costs could be substantially reduced.

Mission: Consulting company that provides midsize businesses with IT resources.

Major impact: Manley and her brother, Sean, purchased the family business in 2008. Following the recession, the company annually has grown 15 to 30 percent. Manley focuses on continuous improvement and creating a business culture that supports strong ethics and morals. She has expanded the business clientele by providing off-shore solutions in Southeast Asia. In recent years, Manley started Heather’s Dirty Goodness, which sells low-salt seasonings, and Crooked Water Spirits, which sells bourbon and other alcohol products.

Major impact: Building on his early experience with The Onion, a satirical newspaper, Walther pursued another avenue to bring humor into people’s lives. He and a couple of business partners created Prank Packs, selling over a million empty gift boxes in seven years. In 2017, Walther undertook a financial restructuring of the company. He was featured on the Shark Tank television show, and the company continues to provide humorous gift alternatives. By being novel, Prank-O fills a niche in gift giving.

Major impact: After working for Microsoft for 13 years, Eric Newell left his high-paying job to start a consulting business with his wife, Becky. Newell used his expertise to attract clients, deliver effective problem-solving to meet customers’ needs and develop a cohesive team of employees. Because of its considerable growth, Stoneridge needed space for its headquarters. First, it worked with city government to renovate the old City Hall building, then forged partnerships to save and occupy another historic structure.

Mission: Provide all-natural spirits and liqueurs that are made from the best ingredients available to a national audience.

Major impact: Childhood friends Kreidler and Oskey blended their knowledge of liquor and business to create a distillery and cocktail room. They’ve developed a portfolio of 30 products that are being sold at bars, restaurants, and liquor stores in 21 states. When measured by sales volume, Tattersall was in the top 5 percent of craft distilleries nationwide in 2018. Product demand has been strong, prompting Tattersall to increase its production facility from 9,500 to nearly 30,000 square feet.

Major impact: VStar is a big player in the live performance business, presenting more than 39,000 performances in 40 countries. The company noted changes in consumer behavior, shifting from a desire to buy consumer goods to paying for memorable experiences; VStar, with its vertically integrated platform in show creation and production, has capitalized on that trend. In 2018, it was acquired by Cirque du Soleil Entertainment Group. Grilly has emphasized a company culture committed to passionate storytelling that inspires people.

Back to 2019 Entrepreneur of the Year Main Page.

2019 Entrepreneur of the Year Awards 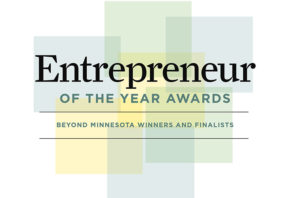 2019 Beyond Minnesota Winners and Finalists 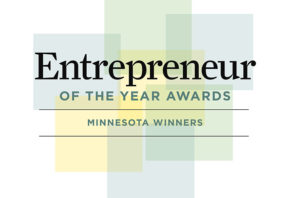