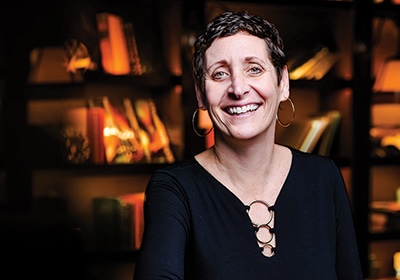 In 2004, Michelle Morey was diagnosed with breast cancer. “I was out of work for five months, and I had no financial stress,” recalls Morey, president of Brooklyn Park-based Magnetic Products & Services Inc. “My best friend from college had breast cancer two years before me, when she was a single mom with three kids and running her own cleaning business. A bunch of friends stepped in to help her. I realized what could happen if you didn’t have that support.”

At the end of Morey’s cancer treatment, she and her husband, Scott Bissen, began donating money to North Memorial Medical Center in Robbinsdale to help other cancer patients pay their bills. Some of the money went to turn a patient’s water back on, which also kept the woman’s children out of foster care. With stakes like that, Morey says, “I realized that our monthly donation wasn’t going to be enough.” So the couple launched Pay It Forward, a charity designed to help cancer patients manage their financial obligations during treatment.

Leslie Glaze, a retired University of Minnesota grant writer, volunteers in a similar capacity for Pay It Forward. She says that Morey’s drive and optimism originally attracted her when the two met a few years ago. “She’s got the passion and she’s willing to do the hard work,” Glaze says. Now in its 12th year, Pay It Forward works with 13 local hospitals and has paid $1.9 million in patient expenses.

Meanwhile, Morey continues to run Magnetic Products & Services, which buys and sells computer backup tape. At its 2007 height, the company had 50 employees and annual revenue of $32 million. It’s a smaller business these days, since most organizations use newer technologies for data backup. Morey and her sister, Kristine Hunter, who co-owns the company, considered branching out into disk and cloud storage, but decided against it. They’re happy running a small specialty business.

“Tape is still the cheapest, most cost-effective way to back up data, especially if the client has to archive backups for long periods of time,” Morey says. Tape, she believes, will never go away completely: “The plan that works for us is to make as much money as we can with tape, for as long as we can.”

First experience as a leader
[In college, Michelle Morey’s flag football team earned a trip to the Sugar Bowl in New Orleans, making the drive in a rented Winnebago. Morey helped organize and fundraise for the trip.] I needed help from a teammate and started to ask her for help, and then I stopped and said, “Never mind, I’ll do it myself.” She said, “You don’t trust anyone else to do it right.” I realized that I wasn’t finding the right words for what I needed. That moment helped me better communicate and better delegate in the years to come.

Hardest lesson
The hardest lesson is learning to manage the business’s lifecycles. Our employees are such a strong family—the least amount of time anyone has been here is 14 years. It was a lot of fun to run it up, but to let people go when we downsized was one of the hardest things I’ve had to do.

Best habit
Maintaining relationships. I reach out to people and stay connected.