He and Robin Hibbs went down for insider trading.
April 01, 2020 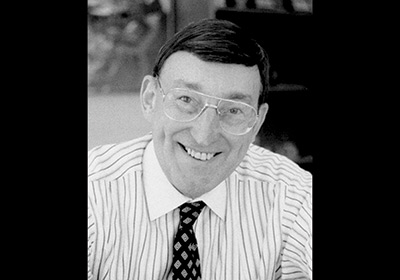 At the time, it was the largest insider trading case in state history. Robert Hibbs and financier George Kline went to prison in 2002, in a case where one of the primary informants was the ex-boyfriend of Hibbs’ wife, a man who was explicit in his desire to make Hibbs pay for his “arrogance.”

At one time Hibbs was a jet-setting investment firm executive whose support helped birth Sola Squeeze at the beginning of the smoothie craze and brought the acclaimed Manhattan Scandinavian restaurant Aquavit to the Twin Cities in the late 1990s.

During an affair with John Rogers, Hibbs’ wife, Susan, shared her tax returns with Rogers. The relationship faltered; Rogers blamed its demise on threats from Robert Hibbs. Rogers proceeded to contact the Internal Revenue Service with details of insider trading profits Hibbs had amassed.

In 2000 Hibbs agreed to plead to tax evasion and insider trading, but Judge James Rosenbaum rejected the arrangement when the Hibbs investigation expanded to include Kline and his trading activities.

Susan Hibbs ultimately got a restraining order against John Rogers and did not participate in the prosecution of her ex-husband, who received a modest four-year sentence in the early ’00s and paid a fine of $3.25 million.

Meanwhile, Minnesota quickly lost its most respected hometown venture capitalist. Kline—who was well connected with local political leaders and investors—was made an example of by prosecutors wanting to clamp down on insider trading situations. Those who were close to him at the time say that others in his office did the wrongdoing while Kline was on vacation, but in staying true to his character, he took responsibility for their actions.