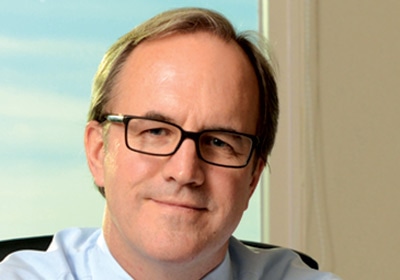 When Ecolab’s merger with Nalco, an Illinois-based industrial water services company, became official in December 2011, the company’s sales jumped from $6.79 billion to $11.8 billion a year later. Those who have followed the career of Ecolab Chairman and CEO Douglas Baker, Jr., 54, didn’t raise an eyebrow. Baker was just living up to CEO magazine’s billing as one of the top 10 wealth creators in both 2009 and 2010. “The CEO should be willing to risk their job but not be willing to risk the company,” Baker says. “If Nalco isn’t a home run and I took a big risk for a single, I’m not going to have a long future.”

Baker refers to his vision for St. Paul-based Ecolab as a revolution by evolution that extends far beyond the company’s borders. “We try to change a thousand things every day in our industry,” he says. “If you don’t change your industry all the time, you aren’t going to be leading your industry.”

Baker’s leadership was tested 18 years ago when Ecolab, now a global leader in providing clean water, safe food, and abundant energy, sent him to Greensboro, North Carolina, to manage Kay Chemical Company, a new acquisition dependent on McDonald’s for 65 percent of its business. Two months later, McDonald’s pulled the plug on half of its business, which equaled one-third of the company’s total business. “It was by far the most stressful period of my life; it was a fistfight,” recalls Baker, who not only won back McDonald’s total business over the next three years but built two other businesses within Kay.

The North Carolina battle not only helped Baker show what he could do, it showed him why he should be doing it. If Baker lost his job, he knew he’d be fine, but hundreds of employees would lose their livelihood. “The epiphany was that the real work was for them, not for me,” he says.

Baker credits the Kay conflict with driving home a key business lesson: Face the facts, and the earlier the better. “Humans have a great knack for deluding themselves, and since I’m a human, I have to fight that all the time,” he says.