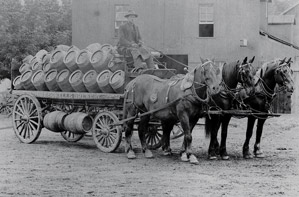 Great Recession? August Schell Brewing in New Ulm has survived the Great Depression, Prohibition, and postwar industry consolidation. Then there was the Dakota War of 1862, which nearly put Schell out of business just a couple of years after it started brewing.

Now housed at the country’s loveliest brewing complex, Schell is the second-oldest brewing company in the United States (behind Yuengling of Pennsylvania, founded in 1829). How did Schell survive when so many regional brewers were crushed by Bud, Miller, and Coors? By both staying true to its roots and keeping au courant. Also, the Marti family, August Schell descendents, simply loved the business too much to close it.