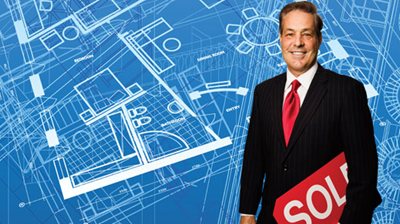 “It’s exciting. It’s exhilarating,” says Peltier, who started his career in residential real estate in 1977. “It’s intriguing to watch the flow of business. You can keep score as to how you are doing by watching the transaction flow.”

Peltier is the founder and CEO of Minneapolis-based HomeServices of America, which for the past decade has acquired 21 brands in 20 of the nation’s top residential real estate markets, representing 300 local offices. Those firms have since executed more than 1.6 million transactions worth $442 billion. HomeServices’ model leaves the acquired brand intact while adding or building out the acquiree’s mortgage and insurance services.

And Peltier has the backing to add more properties. HomeServices is a subsidiary of MidAmerican Energy Holdings, which in turn is a consolidated subsidiary of Warren Buffett’s Berkshire Hathaway empire. There’s been a lull in acquisition activity—until early November, HomeServices’ most recent deal was its August 2009 acquisition of Chicago-based Koenig & Strey. But more recently, the valuations of residential real estate firms, which have plunged 50 to 60 percent from their 2006 peaks, are once again attractive. In early November, HomeServices closed on its most recent acquisition, Yost & Little Realty, based in Greensboro, North Carolina.

HomeServices’ brokerage revenues have declined in the past couple of years. Still, the residential realty industry remains a buyer’s market.

Though the travails of the U.S. residential real estate market are front-page news, what’s less known is that the brokerage business is highly fragmented, supporting anywhere between 55,000 and 140,000 brokerage companies and roughly 1.2 million sales associates, or agents. The low barrier to entry and the local nature of the industry accounts for the wide discrepancy in the estimated number of firms provided by Real Trends, a Colorado-based real estate news and analysis firm (the lower number) and the National Association of Realtors (the higher one).

Whatever the number, Peltier believes that the industry “probably would be better served with [about 45,000] brokers and 50 percent fewer sales associates. Some people use this business as an avocation. Frankly, people who aren’t doing it often enough, don’t touch all the bases, and leave too many strings untied.”