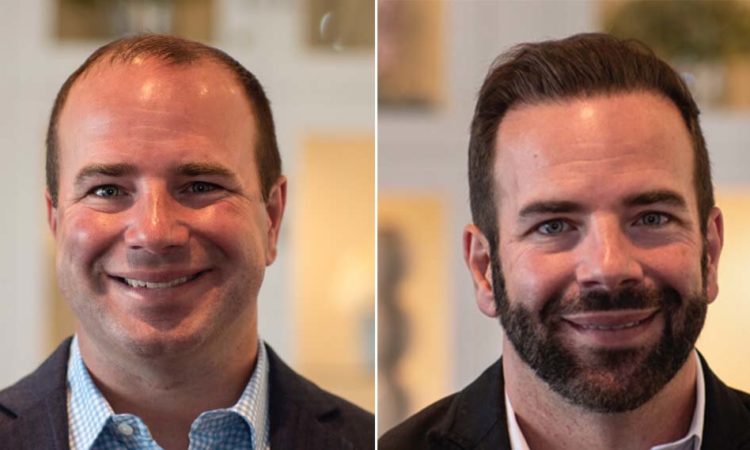 The Minneapolis-based venture capital firm aims to continue funding and launching early-stage tech companies in the Twin Cities and beyond.
By Dan Niepow
May 24, 2022

Great North Ventures straddles the line between a standard venture capital firm and an incubator of sorts. Founded in 2017, the company has funded 27 startups, two of which launched directly out of its “Ventures Studio” arm.

With a fresh pot of capital unveiled this week, the company aims to help even more Upper Midwest tech companies and entrepreneurs get off the ground. On Tuesday, the Minneapolis-based firm announced its second capital fund, which will provide $40 million for early-stage tech companies in Minnesota and beyond.

Managing partner and co-founder Rob Weber said that the firm’s second fund included “considerable follow-on interest” from existing investors. Much of the money, but not all, came from investors in Minnesota. What differentiates Great Northern from other VC firms, he said, is in the number of other entrepreneurs and business owners who have invested.

“We operate like a founders’ collective almost, with a lot of entrepreneurial energy,” Weber said in a Tuesday interview. “I think a lot of funds really just don’t have that.”

Weber is an entrepreneur himself, having worked with his twin brother Ryan to launch his first company out of a dorm room at St. Cloud State in 2000. That company, a mobile advertising firm known as Native X, grew into a multi-million dollar enterprise in the years that followed. Weber said that he and his brother have been building software companies “from the ground up” since they were 15 growing up in Brooklyn Park.

For him, it’s only natural to help other entrepreneurs start their own businesses.

Weber thinks that Minnesota has the potential to move beyond its long-held status as a medical device hub. In his view, consumer-oriented internet businesses present a major growth opportunity. He’s also not limited by Minnesota’s borders. The firm aims to invest in companies throughout the Upper Midwest, and perhaps even beyond.

“We’re certainly sourcing deals all around the country,” Weber said. “We’re very open about where deals come from, but you’ll continue to find we’re among the most active VCs in the Minnesota ecosystem.”

Still, with concerns mounting about an economic recession, Weber concedes it’s an “interesting time to announce a venture fund.” But he thinks his firm has the wherewithal and experience to make it through. The Weber brothers have already lived through the dot-com bubble of the 1990s, and the economic recession in the late 2000s.

It doesn’t hurt that it’s generally more “capitally efficient” (i.e., cheaper) to launch a business in the Midwest.

“This is a period where the region’s startups can really shine,” Weber said. “This is the period we’re entering, where capital efficiency matters than the growth-at-all-costs mentality. Our fund is really well positioned to take advantage of that.”