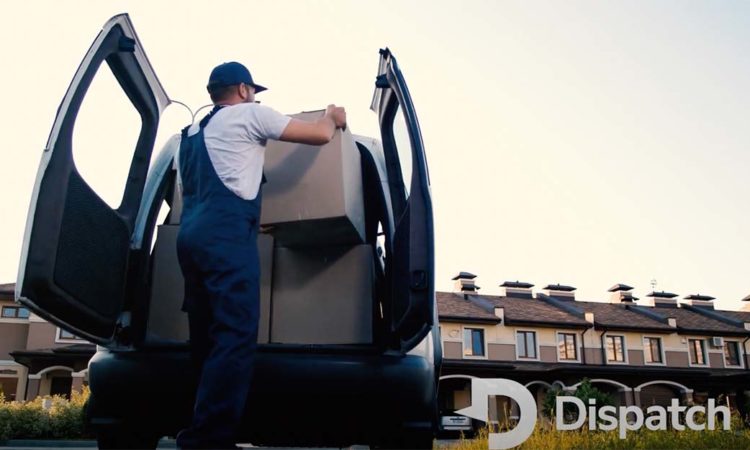 The startup works with independent drivers to deliver parts and packages for other businesses.
By Tina Nguyen
April 06, 2022

Bloomington-based delivery startup Dispatch last week announced that it has raised $50 million in a Series C funding round.

The latest round brings Dispatch’s total funding to date to $75 million. The delivery platform aims to use the funding to expand into 50 markets with a heavy emphasis on California and the West Coast. Dispatch also hopes to double its current team of 170.

Founded in 2016, Dispatch operates through a web app that connects large enterprise wholesalers with owner-operated drivers to do local deliveries. Think of it as an Uber or Lyft service for products instead of people. Products delivered often include bigger, bulkier equipment for contractors. This rapid last-mile delivery can help give businesses a “competitive edge” due to recent chain supply shortages, the company says. Currently, Dispatch works across 50 markets primarily in the Midwest and the East Coast.

Dispatch co-founder and CEO Andrew Leone said the latest fundraising round is about “so much more than capital.”

“When you’re part of raising capital it’s not just bringing capital in; it’s like a courtship,” he said in a Tuesday interview. “You bring out business partners, and we’re really excited about the philosophy and values alignment.”

Dispatch was originally designed to be an internal tool for a single business. But once the software was deployed and went through beta testing, it was clear that other businesses shared similar needs, Leone said. In 2017, Dispatch became a standalone company and entered national commercialization.

“When organizations are looking at optimizing cost structures and looking at ways to better utilize their internal fleets, most are focused on market share, not so much on cost reduction and optimization,” said Leone. “We can help with both. I think we’re incredibly valuable from an efficiency standpoint.”

“The team has brought an innovative digital labor marketplace solution to industry segments where the last-mile delivery pain is most pernicious,” Freeman said.

Dispatch’s latest offering is “Dispatch Connect”—an internal tool for businesses. Launched last summer, it acts as a delivery management platform for businesses to track overflow deliveries. The software aims to help businesses get an apples-to-apples comparison of costs and service levels, said Leone. Still in its early stages, Dispatch Connect is expected to fuel growth in the coming years, Leone said.

In June 2020, Dispatch pulled in $11 million in a Series B raise. That enabled the company to double the size of its team and improve its shipping capabilities.

Leone described the latest round of funding as “rocket fuel to what we’re already doing.”