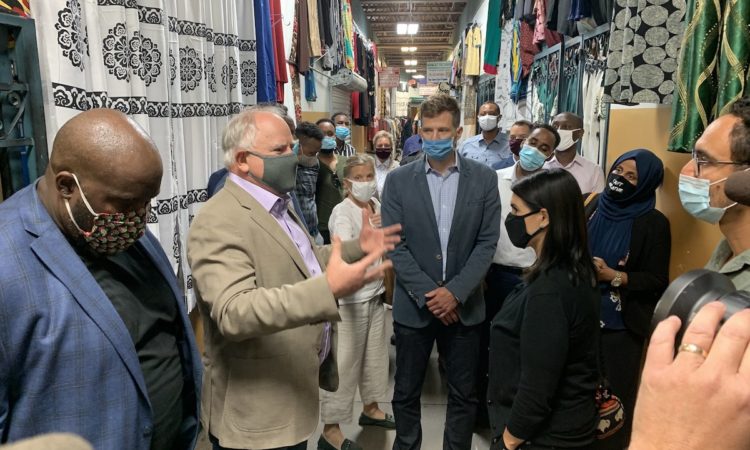 Numerous cities and retailers in Minnesota already have policies in place.
By Burl Gilyard
July 22, 2020

Gov. Walz is expected to announce details of the new policy at a 2 p.m. press conference. The move is not much of a surprise. Walz has been musing about the possibility of such a step in recent days.

The city of Minneapolis put its mask mandate into place nearly two months ago and has since been followed by many other cities around the state including Duluth, Rochester, Mankato, Winona and St. Cloud. The Minneapolis mandate went into effect on May 26 and required masks inside of stores, the downtown skyway system, hotels, recreation centers and government buildings.

Several retailers including Best Buy, Target and Lunds & Byerlys have also announced their own policies.

The latest information from the Minnesota Department of Health indicates that the state has had a total of 47,961 coronavirus cases which have resulted in 1,552 deaths. According to MDH data, 77 percent of the deaths were among people residing in long-term care or assisted living facilities.