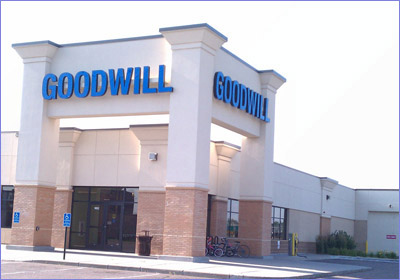 The nonprofit has added several local stores in the past couple of years and is now considering a new location in St. Paul.
February 16, 2014

Goodwill has been gradually expanding its local footprint, having opened stores in Chanhassen, Forest Lake, Mankato, Minneapolis, and St. Louis Park during the past couple of years.

The Minneapolis store, located at a former Perkins site at 6023 Nicollet Avenue, opened in December. It marks Goodwill’s first two-story store, and it was the first Goodwill to open inside Minneapolis city limits in about 20 years. A former city policy lumped Goodwill into a retail category with pawn shops, which are subject to stronger restrictions, but the regulation was altered a couple of years ago, Goodwill spokeswoman Lisa Ritter told Twin Cities Business.

In the next six months or so, Goodwill also intends to open locations in Cottage Grove and Savage, continuing its local expansion, Ritter said.

Meanwhile, city documents indicate that the St. Paul Planning Commission’s zoning committee will consider a request on Friday for a conditional use permit that would allow for the construction of a Goodwill store at 1221 University Avenue West. The documents state that the facility would span “more than 15,000 square feet” and include a “drive-through service” and off-street parking.

Ritter said that Goodwill would lease the St. Paul location, and the nonprofit organization is “very close to signing a letter of intent,” but she declined to provide further details. The store would be built on a site formerly occupied by a Whitaker Buick car dealership.

The new location, if approved and completed, would be located about a mile and a half from an existing Goodwill in the Midway neighborhood. Ritter declined to comment on what impact, if any, the new location would have on the existing store. She said, however, that Goodwill is routinely looking at opportunities for growth through the addition of new stores and “other business models.”

Goodwill/Easter Seals Minnesota is one of many regional organizations that operate under the larger parent entity Goodwill International. It currently has about 35 stores, primarily located around the Twin Cities and in southern Minnesota. Another Goodwill arm, called Goodwill Industries, is based in Duluth and operates locations in northern Minnesota.