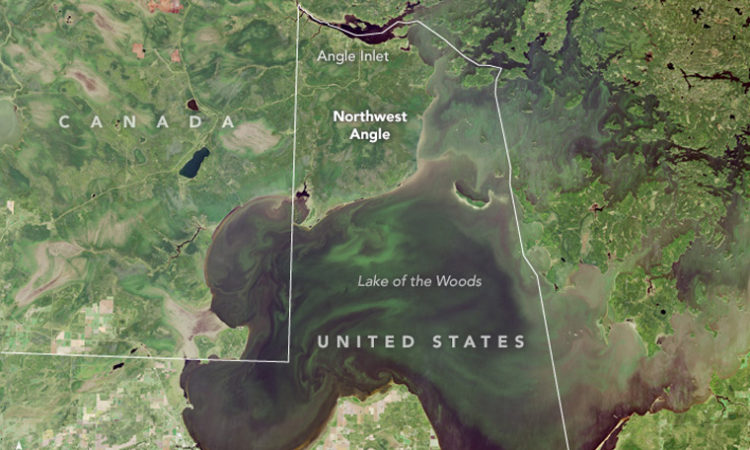 Give the Northwest Angle to Canada? Minnesotans Say No Way, No How

A look at why a recently launched petition to “give the Northwest Angle back to Canada” to “correct a critical survey error” will never be successful, and why Angle business owners would never want it to be.
By Amanda Ostuni
January 09, 2019

With the nation’s gaze fixed on America’s southern border, an anonymous individual has ignited a different border battle. One that has to do with a tiny slice of the northern border: Minnesota’s Northwest Angle, an approximately 596-mile region comprised mostly of water, that rests as the northern crown of the Lake of the Woods.

While the land belongs to the U.S., it is surrounded by Manitoba and Ontario, reaching above the 49th parallel meant to be the straight-line border between the U.S. and Canada. The area is only accessible by land through Canada.

In the final days of 2018, a petition was posted on We the People, a website where issues deemed important by U.S. constituents can be promoted for federal government consideration. The petition calls for the U.S. to “give Canada back the Northwest Angle” to correct a geographical misunderstanding when the border was originally drawn centuries ago. 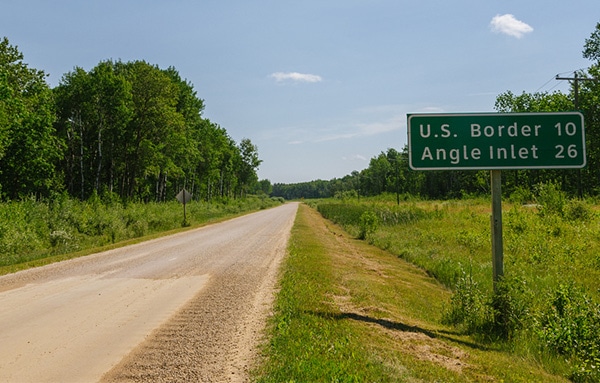 Despite the generations-old surveying error, businesses in Minnesota’s Northwest Angle aren’t keen on the petition’s suggestion.

“Nobody would [go for that] up here,” says Karen Colson, who manages the resort Jake’s Northwest Angle with her husband. “Everybody up here’s actually really patriotic, everyone is very involved in governmental affairs.”

“We respect and enjoy our Canadian friends, but we are proud to be American citizens and wouldn’t want to be anything else,” says McKeever.

More than patriotism, though, the U.S. surrendering Northwest Angle—or “the Angle” as locals call it—to Canada is unlikely given all it would entail to hand over the land, and the impact it would have on the local economy and Minnesota’s at large.

Too much legal red tape stands in the way, says professor Paul Vaaler, who is the John and Bruce Mooty Chair in Law and Business at the University of Minnesota.

“It would require at minimum an international agreement, and then probably an amendment to the constitution,” says Vaaler. “The cost of rewriting the agreement is too high.”

He explains that there are other outcroppings along the country’s northern border, similar to the Angle, for which rightful ownership is questionable. But the Angle is particularly complicated because the land is actually set aside for the Red Lake Ojibwe – a Native American community existing as a sovereign nation.

“There’s too many veto points, too many people could say no to it,” says Vaaler. “It’s never going to work.”

He acknowledges that other logistics might not be as complicated, since Northwest Angle businesses already deal with the challenges of existing in a place where visitors must go through time-consuming border-crossing to gain entry.

To operate efficiently, businesses generally follow regulations of both Ontario and Minnesota. They also already pay Canadian prices for supplies, says Vaaler, since that’s the country accessible by land.

However, Colson sees at least one way the Angle becoming Canadian could take a financial toll on businesses.

Of five Northwest Angle business owners who weighed in, the unanimous consensus is that the majority of Angle tourists are Americans. Colson thinks some of those American visitors would be put off if their beloved vacation destination became a Canadian entity. 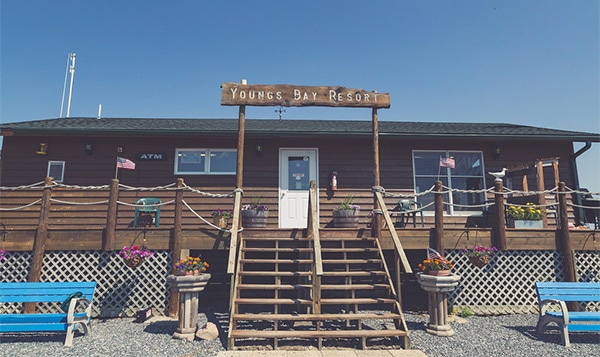 “In the past there’s been a lot of people who have traveled to Ontario and had not good experiences, for whatever reason,” says Colson. “I would say those people… they come [to the Northwest Angle] because we are in the United States.”

Meanwhile, Ryan Brown, a spokesperson for Minnesota’s Department of Revenue, says for the state losing the Angle would mean losing an estimated $280,000 in income taxes, and sales and use taxes. That stems from about 15 businesses and 60 individual taxpayers in the Angle, plus tourism.

“Local units of government may also see an impact on property taxes if this were to actually happen,” says Brown.

This isn’t the first swirl of drama surrounding the Angle. In the late 1990s, U.S. Rep. Collin Peterson proposed a constitutional amendment giving Angleites the right to vote on secession, but Colson says it’s widely considered to have been a publicity stunt to get federal support in a dispute with Ontario over fishing regulations.

This time, the petitioner and the motive is unknown.

The petition author simply mentions the Angle’s historical background, suggests people in the Angle are native to Canadian soil, and urges readers to “make America great by correcting this critical survey error.”

McKeever doesn’t understand why it would matter to the author which country owns the land.

“Is it really hurting anyone for this land to be U.S.? Because it would certainly hurt people and disrupt lives to take it away,” she says. “Our resort is our livelihood and it would definitely cause concern, were things to change.”

No Pain, Some Gain

Although business owners are quick to assert they don’t want the petition to succeed, and why, no one is really taking it too seriously.

“The last time someone tried to secede from the union, we had a Civil War,” Colson quips, with hyperbole. “So I can’t see that happening.”

Adds McKeever, “We find the petition comical. We don’t feel it’s a threat.”

To date, the petition has yet to achieve 5,000 signatures within its first week of consideration. It’ll require at least 100,000 signatures by January 29 to get a response from the White House.

Even if the petition fails, though, McKeever notes it wasn’t all for nothing.

“The more our village gets in the spotlight, the more people learn about the Northwest Angle and the tourism builds,” she says. “It’s a win for us.”