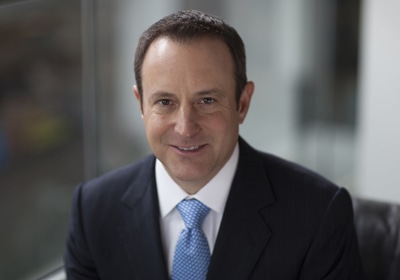 Both individuals are more than 20-year veterans of General Mills.
September 09, 2016

General Mills appointed Jon Nudi on Thursday to take over as senior vice president and president of its U.S. retail segment.

Nudi will oversee the Golden Valley-based food conglomerate’s domestic market, which currently makes up $10 billion of its $17.6 billion in annual revenue.

Nudi’s history with General Mills dates back to 1993 when he began his career in the sales division. He eventually progressed into roles with Green Giant and Betty Crocker before becoming president of General Mills’ snacks division for four years. Most recently, Nudi headed the company’s retail operations in Europe, Australia and Asia.

General Mills said Nudi’s replacement in Europe would be Bethany Quam, a 23-year veteran of General Mills who has held roles in finance, sales, strategic planning and marketing.

The appointment fills a spot left by Jeff Harmening who was promoted to president and chief operating officer of General Mills in June. Harmening’s new position makes him the likely next successor when Ken Powell eventually steps down from the CEO role, the Star Tribune reported.

“Jon and Bethany are exceptional leaders who know General Mills well and have led successful change efforts for us the last two years,” Harmening said in a statement. “They both bring a unique blend of consumer, customer, and channel knowledge to their new roles, and a strong track record of innovation.”