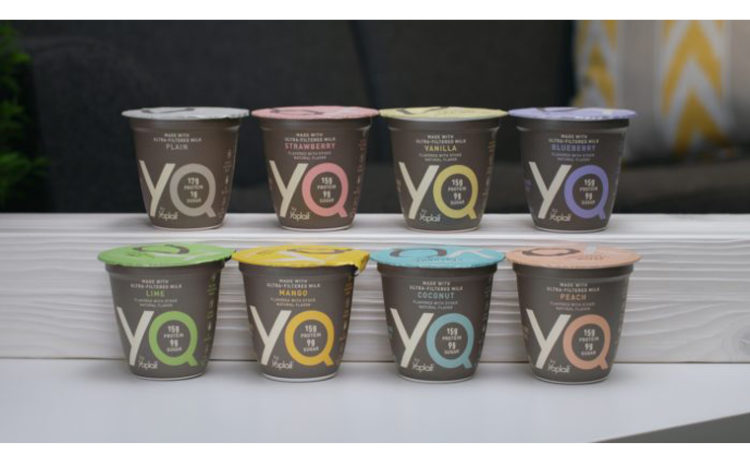 The move doubles down on General Mills’ strategy of offering alternatives to standard Greek yogurt, as a way to boost yogurt sales.
By Amanda Ostuni
June 19, 2018

A year after introducing the artisanal Oui yogurt line as an answer to concerns over the company’s lacking presence in the Greek yogurt market, General Mills is launching another not-so-Greek new yogurt. YQ by Yoplait is being billed as an uber-healthy option with clear and simple benefits.

“If you look at the most popular diet in America today, the real answer is ‘my diet.’ People have tried a lot of approaches and more and more people are finding what works for them,” Yoplait vice president Doug Martin told a General Mills blog writer. “We wanted to give people something that is simply made and presented in a straight forward way with the facts they are seeking.”

The new offering from Yoplait, a French company operated by Minneapolis-based General Mills, was designed intentionally to be much less sweet than normal yogurt. It’s made with very minimal sugar—1 gram per serving for the plain variety, 9 in the flavored versions, and provides 15-17 grams of protein.

According to General Mills, that’s 40 percent less sugar than the leading Greek brand. This lower sweetness stems in part from the ultra-filter process used for YQ, which removes 99 percent of lactose, a natural sugar, from the milk.
Though thicker than regular non-Greek yogurt, YQ also differs from the standard Greek style because it is smoother. Meanwhile, Oui tries to distinguish itself through how it’s prepared and packaged: in reusable glass jars, instead of plastic cups. The glass jars, TCB reported last year, allows the yogurt to culture atop a layer of fruit pieces over an eight-hour period.

Despite their different defining features, both Oui and YQ demonstrate that General Mills is still searching for ways to lift its disappointing yogurt division.

At the time Oui was released, General Mills’ yogurt sales were down from $1.5 billion in 2011 – which is when the company acquired its majority stake in Yoplait – to about $1.3 billion in the most recent previous fiscal year.
Fast forward almost exactly 12 months and Oui is on track to exceed $100 million in U.S. sales, and Martin noted consumer interest in traditional, thicker Greek yogurt is waning, as the Star Tribune reported.

With shoes to fill and expected – or at least hoped-for—demand to be met, YQ by Yoplait is set to hit store shelves this month.