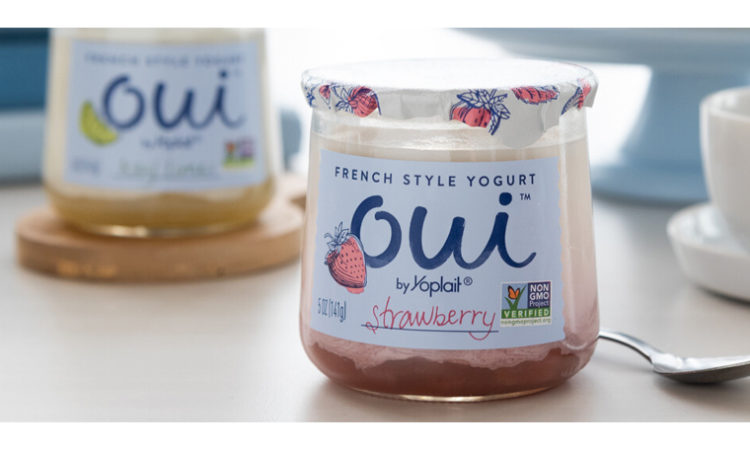 General Mills Gets into No-Dairy Game with Dairy-Free Yogurt

General Mills is saying “yes” to consumers who want to move away from dairy.

On Tuesday, the Golden Valley-based food manufacturer announced a new line of dairy-free yogurt and desserts under its “Oui” by Yoplait brand. The new yogurt will be General Mills’ first plant-based, non-dairy option in the U.S. The alternative base ingredient is coconut.

The Oui brand, a French-style yogurt served in a glass jar, delivered more than $100 million in first-year sales for General Mills, according to the company. General Mills developed the brand by leaning on “Yoplait’s French heritage and [embracing] the way yogurt was made in the past,” said Doug Martin, president of the company’s U.S. yogurt business,

Nationwide, there’s been a decline in overall yogurt sales. A study by market research firm Mintel found U.S. sales of yogurt and yogurt drinks peaked at nearly $9 billion in 2015, and in 2019, they’re expected to fall to $8.2 billion—down 3.6% from 2018.

“Consumers are just not eating as much yogurt as they once did,” Caleb Bryant, associate director of food and drink reports for Mintel, told the Associated Press.

Health and animal welfare concerns are driving some Americans away from dairy altogether, according to the AP. For instance, the nation’s largest milk processor Dean Foods filed for bankruptcy in November.