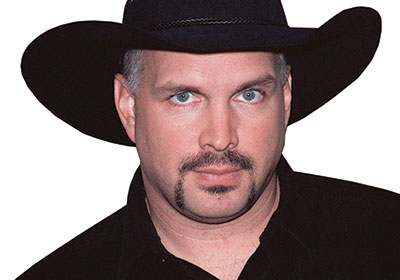 Garth by the Numbers

Music legends Bob Dylan and Garth Brooks shared the public spotlight Nov. 6 in downtown Minneapolis. But after Dylan wrapped up a three-night stand at the Orpheum, diehard Garth fans overwhelmed the Minneapolis entertainment scene as 205,000 people made pilgrimages to Target Center to see the 52-year-old country singer.

Despite January-like temperatures, fans shelled out $70.50 apiece and stood in line to get into the 11 concerts that were staged through Nov. 15.

On Nov. 14-15, hotel occupancy was 97 percent. That’s up from 61 and 71 percent on those dates during 2013, says Kristen Montag, marketing communications manager for Meet Minneapolis, though she warns that “there’s no way to know how many of the [concert] attendees spent the night for the show.” But she adds it’s safe to surmise that many fans were spending more money than simply buying concert tickets and paying for parking.

“Minneapolis is the regional cultural hub for a huge geographic area,” Anselmo told TCB. “They come from Winnipeg, the eastern side of the Dakotas, Wisconsin, northern Iowa and the Iron Range for an event like Garth. The Vikings and Twins have known for decades how far fans will come from. They make it an event and spend the weekend shopping, dining and enjoying all the things we have to offer.”

Because Garth Brooks hadn’t toured in years, Anselmo explains, “there was an insatiable appetite for him.”