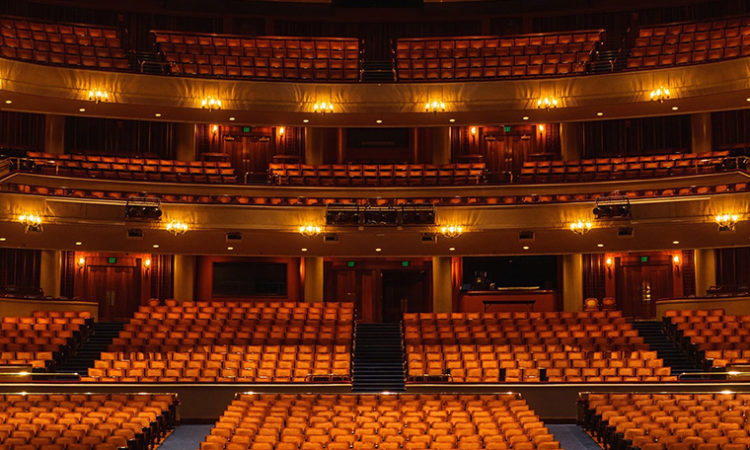 (Photo courtesy of the Ordway)

From the Ordway to Broadway

Why a New York producer chose St. Paul for a pre-Broadway run of “Six.”
By Amanda Ostuni
October 29, 2019

It’s no secret that the Twin Cities theater market holds its own weight in the arts world. Case in point: Award-winning theater producer Kevin McCollum  recently picked the Ordway Center for the Performing Arts in St. Paul for a final pre-Broadway run of “Six.”

The play is a “Hamilton”-esque retelling of Henry VIII’s six wives. It’s the first time a Minnesota theater has landed a pre-Broadway production since “The Lion King” ran at the Orpheum Theatre in 1997.

The Ordway production will be the last stop for “Six” before Broadway, and it will feature what is expected to be the final cast for Broadway—a rarity for pre-Broadway shows. McCollum chose The Ordway for this honor for several reasons.

For one, he’s familiar with the theater from his seven-year tenure as the Ordway’s president and CEO. He was hired in 1995 to succeed Bill Conner. McCollum ran the Ordway until 2002, when he left to settle in New York City.

McCollum also notes that the Twin Cities theater community in the area has gotten stronger and more robust over the years.

It’s for these same reasons that McCollum says the Twin Cities theater business has endured and thrived.

“This community has certain ethics. They’re curious about people. They’re well read. They have a sense of humor,” he says.

He also chose the Ordway because it’s a good size for a pre-Broadway run. At 1,900 seats, it’s comparable to a 1,000-seat Broadway theater.

As much as “Six” benefits from what the Ordway and the Twin Cities has to offer, showing “Six” before it goes to broadway is a big win for the Ordway, too. Though he can't put an exact amount to it, Ordway producing artistic director Rod Kaats says pre-Broadway status adds to the clout and thus, certainly boosts revenue.

It's also a point of pride, says Kaats.

“It's an honor we want to share with everyone. It feels like… you were the first one to get a new iPhone, it's being there at the birth, it's cause for a champaign cork and a cigar,” says Kaats.

Kaats hopes he can build on this opportunity and create a tradition of the Ordway being a go-to place to launch Broadway productions, like theatres in Seattle, Chicago, Boston, and New Haven, Connecticut. He says that would give both the Ordway and the Twin Cities public exciting bragging rights.

“[This opportunity] hits all the right notes for us, where we can deliver something to our audience, enrich our community and… to the extent that it drives audience in our direction [for a profit] that’s great,” says Kaats.

In addition to what “Six” means for the Ordway, the production has temporarily added theater jobs to the community. (Some of the crew members for this run were locally hired, McCollum notes.)

Meanwhile, for its part, the public benefits far beyond bragging rights because, as McCollum is heavily advertising, not only will Minnesotans have the chance to see a show performed by a Broadway-level cast, but they'll also get to see it for about $45-$60 instead of more than $150, as would be the case in New York.

The show kicks off November 29 and runs through December 22, and tickets are on sale now. Prices vary with dates and times—the schedule is available here.

The Ordway production essentially serves as a fundraiser for the Broadway run. That makes it crucial that the show succeeds in The Ordway.

Says McCollum: “We’re going through our final phase of development, we’re tweaking… and it’s very exciting to be here.”