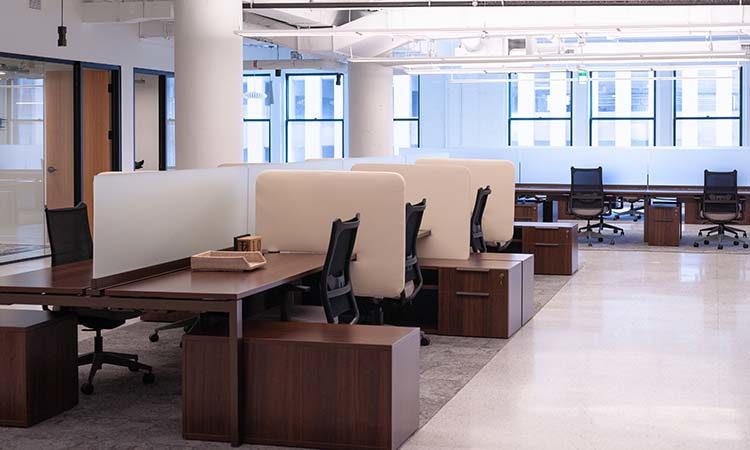 Of the property’s 1.2 million total square footage, about 850,000 square feet is dedicated to office space. Photo courtesy of the Dayton's Project

Prudential Financial will move its office in St. Louis Park to the Dayton’s Project in downtown Minneapolis.
By Winter Keefer
September 20, 2022

Prudential has signed a lease to occupy 28,000 square feet in the massive building, according to a press release issued Tuesday afternoon.

Jim Montez and Alex Baron of Houston-based Transwestern and Mercedes Barsh of The Telos Group represented ownership in the transaction.

“We are so excited to welcome Prudential to The Dayton’s Project,” Montez said in the news release. “Downtown Minneapolis is seeing a remarkable increase in activity as many companies have signaled that they intend to bring their teams back to offices that support their collaboration and culture. By moving from the suburbs into The Dayton’s Project, Prudential will give its employees access to a one-of-a-kind space with high-end amenities and spaces created to facilitate relationships and business advantages.”

Constructed in 1902, the Dayton’s Project building was originally the flagship location of Dayton’s Department Store, which would eventually turn into a Macy’s store. In 2017, ownership group 601 W. Companies bought the property. When the Dayton’s Project was first announced, it was billed as a way to revitalize downtown Minneapolis.

Of the property’s 1.2 million total square footage, about 850,000 square feet is dedicated to office space, according to a property listing. The site also includes 200,000 square feet of retail on the three lower levels.

Dayton’s Project officials have long touted the building’s numerous amenities for tenants. That includes a rooftop deck, library, and an attached parking garage. Located at 700 Nicollet Mall, the building is also transit accessible. In total, the project’s developers have spent more than $350 million on renovations in the building.