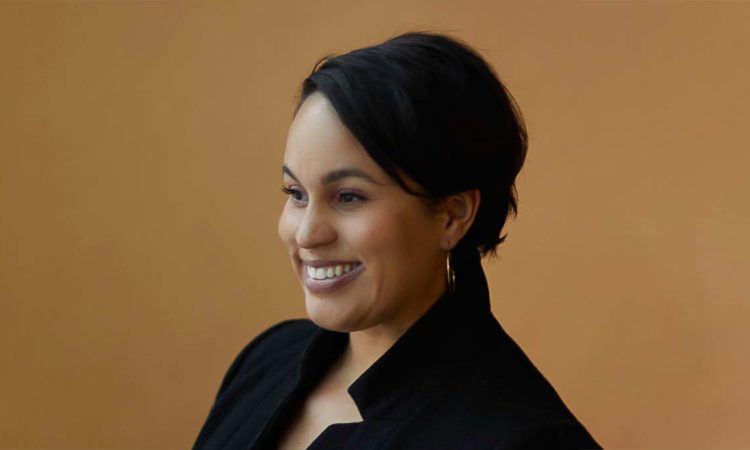 “I want to make the Twin Cities synonymous with innovation,” Demuth says. “There’s so much happening here, but people won’t know until we start telling the stories.” Photo by Bianca Wilcox Photography

Shelisa Demuth didn’t necessarily expect to take the top spot at Beta, the Twin Cities’ startup advocacy group. She spent the last few years running her own public relations and branding agency, Laurel Development, founded in 2017. When a recruiter reached out to her on LinkedIn about an executive director position at Beta, she admits she “wasn’t exactly ready to leave my PR firm.”

But the more she learned about the position, the more she realized it was a combination of several things she had already been doing. At Laurel, she spent much of her time counseling founders and helping them refine their marketing messages. Back in 2015, as director of sales for Minneapolis-based wood products seller Woodchuck USA, she led development of the company’s “Buy One, Plant One” marketing campaign. During her time there, Woodchuck’s revenue grew from a six-figure number to a seven-figure one, she says.

“I’ve always wanted to do something that will get people good results, not just feelings,” she says.

Her goals for Beta are no less ambitious. She thinks the Twin Cities has the potential to become a startup hub like Silicon Valley or Austin, Texas. “I want to make the Twin Cities synonymous with innovation. There’s so much happening here, but people won’t know until we start telling the stories,” she says. Of course, that might be a tough ask in a state with a reputation for modesty and timidness. But Demuth says she’s up to the challenge.

It certainly helps that Beta has its own in-house media organization, Tech.MN, which Beta acquired over the summer.

For Demuth, entrepreneurship is personal. An entrepreneur herself, she also comes from a family of business owners. Her step-father, Nick Demuth, runs Avon Plastics, which has been in the family for years. Today, the primary source of revenue for her and her siblings’ households is entrepreneurial dollars, she says.

Demuth was born in Illinois, but spent her formative years in Cold Spring, Minnesota. Her mother, Lisa Demuth, is a Republican lawmaker representing a central Minnesota district in the Minnesota House.

At Beta, Demuth takes over for Casey Shultz, who left the nonprofit in October for a new gig at the St. Paul & Minnesota Foundation.

In an interview with TCB on her first day on the job Monday, Demuth talked about her plans for Beta, and how Minnesota can better market itself as a startup capital.

TCB: What do you hope to accomplish as Beta’s new executive director? Any big changes you have in mind?

Shelisa Demuth: We want to amplify what’s already been accomplished at this organization. There’s a really solid structure in place, and the programs that have been developed are really valuable. The biggest opportunity for us right now is really aligned with what I was doing previously in PR: Awareness and distribution. That’s really most important. Minnesota founders need to be connected with the programs that are going to help them grow and scale their organizations. As a Minnesota founder myself, there’s so much I didn’t know about the resources from Beta and other startup support organizations here in the community. There’s so much available; it’s just really hard to search. With us being the front door for startups in Minnesota, that’s really what I’ll focus on: Helping this organization make the resources that already exist available to people who need it. That’s really what we’re focused on. It’s a big play for amplifying founder stories, and amplifying innovation. The Twin Cities should be held in the same regard as Austin or Silicon Valley. Why not? There’s so much going on here.

TCB: Austin is an interesting example. It was a tiny Texas town for many years, but it had a major bump in population when people started to see it as a tech hub. What do you think is the secret to transforming a city like that? How does a place become a tech or startup hub?

Demuth: Culture. Hands down. What those other cities have that we don’t is awareness. I’m not saying we don’t have culture here; there’s plenty that exists here. I spend a lot of time in art museums, and with film and culture. There’s a lot to be celebrated here. We need awareness. The difference between us and other cities is simply that other cities are celebrating the culture within, and partnering that with business. They’re creating the wins for Main Street as a result of what’s already there. As a storyteller, as a publicist, I have an opportunity to affect and connect the community, and tell the story of the culture that exists here. I plan to lead with heart, art, and culture.

TCB: What are your thoughts on Fortune 500 support for startups in Minnesota? Do you think we need more?

Demuth: There’s great support here. There are a lot of innovation labs, accelerators, and other ventures from the Fortune 500s. All of that is great. But I’ll go back to what I said earlier: It’s the connectivity. It’s making founders and people who need the support aware of the fact that it exists here. That’s the biggest opportunity. But I’m always going to go big. So yes, I’ll always say yes to more support. Absolutely. It’s met by demand. There are so many people building companies that we as an organization don’t even know yet. We want to be that front door that connects anybody asking for help with resources.

TCB: In a similar vein, what do you think about government support for startups in Minnesota? We often see headlines about places with generous tax incentives for startups, or state-run accelerators. Do you think we have enough of that?

Demuth: I think there are good programs here, but I’m also aware of what other states are doing to make things even more appealing. I think there’s some work we could do there. There are a lot of opportunities at the state level. I think Minnesota has taken it to a certain place. But it’s also something I’m still researching. Paired with all the private and corporate opportunities, it’s certainly appealing, but you’ve got to dig for it. We’ll be working to amplify all that. 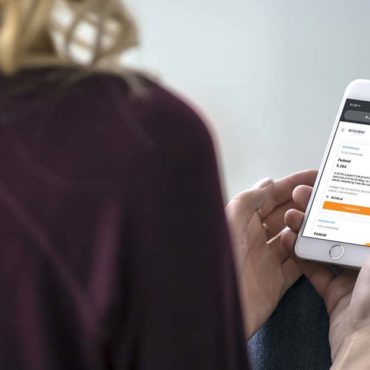