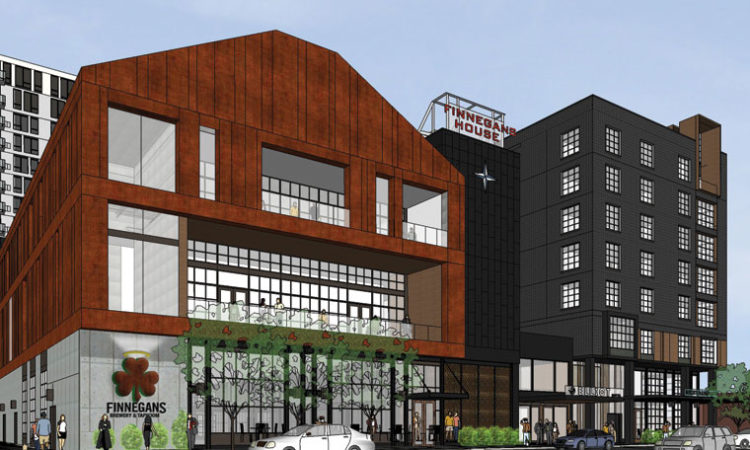 Finnegans' new brewing and taproom space, which is expected to open in spring 2018.

Nonprofit beer brewer Finnegans is forming a unique partnership with Shakopee-based Badger Hill Brewing that will result in the two companies sharing infrastructure and resources.

The arrangement, called an alternating proprietorship, keeps the two breweries as separate entities but allows them to share brewing equipment, increase their purchasing power and share some staff.

Finnegans’ beer has been brewed under contract with St. Paul-based Summit Brewing Company since 2003. That partnership will end this fall once Finnegans’ own 11,000-square-foot brewery begins operating in downtown Minneapolis’ Elliot Park neighborhood later this year.

“Summit Brewing has been an incredible partner, and Finnegans would not be here without their support and expertise,” Finnegans founder and CEO Jacquie Berglund said.

Under the new arrangement, both Finnegans’ space and Badger Hill’s 16,000-square-foot brewery will brew each other’s beer. On one day, they’ll make Badger Hill. The next day, they’ll switch over to Finnegans.

The two facilities will have different focuses on what they brew, according to the Growler. Badger Hill’s facilities will produce most of both company’s flagship beers due to its larger size. The Finnegans site will have smaller fermenters and be able to brew limited-time or seasonal beers.

He added that the agreement meant the two companies would be punch above their weight in investments that would improve quality control and manufacturing agility.

Badger Hill previously had an alternating proprietorship with Minnetonka-based Lucid Brewing (now North Loop BrewCo, based in Minneapolis) before it was able to open its Shakopee location. Krekelberg told the Growler that he had long wished to “pay it forward” to another brewery by offering the same opportunity.

Finnegans new brewery is part of a full-block, mixed-use development by Kraus Anderson. Also being built is Kraus-Anderson’s new headquarters, an 18-story apartment building and a hotel. Finnegans’ space, which it is calling the Finnegans House, includes a social entrepreneurship workspace as part of a partnership with Impact Hub MSP. Finnegans House is expected to open in spring 2018.

Finnegans is a nonprofit brewing operation that gives 100 percent of its profits to fight hunger.