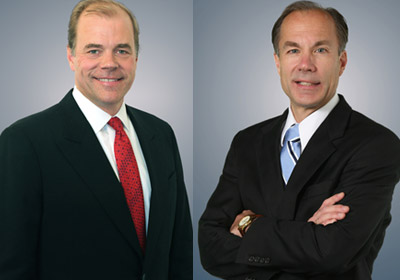 Faegre Baker Daniels on Thursday announced plans to open an office in Silicon Valley, marking the law firm’s first new office since it was formed in January 2012 through the merger of Minneapolis-based Faegre & Benson, LLP, and Indianapolis-based Baker & Daniels, LLP.

Intellectual property (IP) partners Calvin Litsey and David Gross, who have relocated from Faegre’s Minneapolis office, will open the doors to the new office July 1. The new office is located in Palo Alto, California, near Stanford University.

Faegre already has clients in California, including Seagate Technology.

“We have been privileged to work with a number of clients with operations in California for several years; establishing an office in Silicon Valley will allow us to serve them even better,” Faegre Managing Partner Andrew Humphrey said in a statement.

In addition to Litsey and Gross, the firm’s new office will initially employ two other lawyers, including a current Faegre lawyer and a new hire from California. Four more administrative employees will also work there. Faegre currently has 20 lawyers who are licensed in California.

Faegre spokeswoman Meg McCormick told Twin Cities Business that the firm does not plan to add more offices in the upcoming months, although it is “headed in the direction of growth.”

At its new California office, the firm will initially provide IP transactions, as well as IP services such as patent, trade secret, copyright, and trademark litigation. It will also emphasize information technology by hosting consultant and former California Congresswoman Mary Bono, who will divide her time between Palo Alto and Faegre’s Washington, D.C. location.

Palo Alto will be Faegre’s 11th office in the United States; it also has international locations in London, Shanghai, and Beijing. It employs 1,900 worldwide.