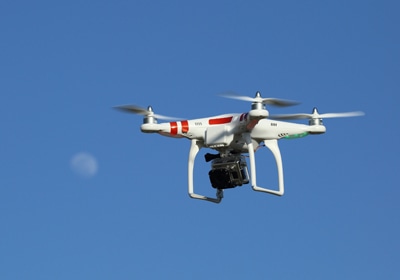 FAA Approves Sentera For Drone Use

The approval will enhance the company's ability to provide data to its customers.
November 20, 2015

While unmanned aerial vehicles (UAVs), commonly referred to as drones, are becoming increasingly common, the thought of seeing them flying about still seems rather foreign. But today, Richfield-based Sentera is one step closer to changing that.

Sentera, a leading producer of UAVs and related software, announced that the FAA has granted them a Section 333 exemption to operate commercial UAVs to gather data and imagery for its customers.

The approval will allow Sentera to collect data that customers find useful, including crop management for farmers, 3D modeling of buildings, terrain assessment and environmental regulatory compliance for public agencies.

“Sentera flies primarily to demonstrate our products to customers and to gather and analyze aerial data which helps us enhance our OnTop Platform, a data management system designed specifically to support the thousands of images collected during a typical UAV flight,” said Eric Taipale, CEO of Sentera.

With over 200 years of combined military and police surveillance drone experience, and a $5 million strategic investment earlier this year, their team of experts are able to capture high resolution, multispectral, thermal imagery, and other specialized non-image data.

Customers can even organize and control how photos are taken, take notes, and share data via a desktop and mobile app managed by their OnTop software platform.