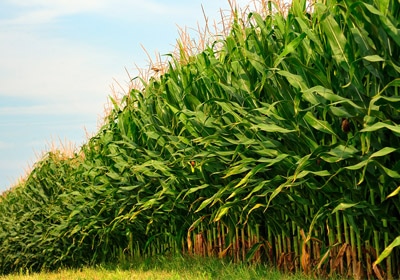 Regulators have pledged to lower the level of renewable fuel use that will be required next year.
August 18, 2013

The Environmental Protection Agency (EPA) said this week that it will propose scaling back its targets for ethanol use in U.S. fuel next year—and reverberations may be felt across Minnesota’s major ethanol industry.

A 2007 law required the country to use an increasing amount of ethanol each year in order to eventually reach 36 billion gallons in 2022. But now, fuel consumption is falling short of predictions, and the industry is nearing a point at which fuel companies can’t add any more ethanol into the gas supply without using higher-ethanol blends than the 10 percent mix that has become an industry standard. This conundrum has become known as the “blend wall.”

On Tuesday, when announcing its 2013 renewable fuel standards, the EPA said it would take the unprecedented step of proposing a reduction in the mandated consumption of biofuels next year—a shift that is meant to avoid the blend wall and one that could diminish demand for alternative fuels. (Read the full EPA report here.)

What does that mean for Minnesota?

The Minnesota Department of Agriculture (MDA) describes Minnesota as a national leader in ethanol policy and development, pointing out that the state was the first to require the use of ethanol in its fuel supply.

According to a 2012 MDA report, Minnesota ranks fifth in the nation with respect to ethanol production. There are currently 21 ethanol plants in the state, which have a capacity to produce more than 1 billion gallons of ethanol each year, although one plant was idled last year. In 2011, Minnesota’s ethanol industry generated an estimated $5 billion in total economic output and more than 12,600 jobs, according to MDA data.

“Does the EPA’s latest announcement spell doom and gloom for the corn-based ethanol industry in Minnesota? I would say no,” posits Randy Doyal, CEO of Al-Corn Clean Fuel in Claremont and a board member for a variety of industry organizations, including the Renewable Fuels Association and the Minnesota Agri-Growth Council. “Does it make things less comfortable? Absolutely.”

Because of its cost-efficiency, Doyal doesn’t expect a major decrease in demand for corn-based ethanol despite the potential scaling back of 2014 EPA requirements. But the agency’s move may have broader implications.

“It creates uncertainty and questions about the EPA’s willingness to follow its own law, and those are never good signals,” he said. “Does it weaken the Renewable Fuel Standard going forward?”

Furthermore, he argued, it may impact the development of new alternative fuels. One goal of the Renewable Fuel Standard, which was created under the Energy Policy Act of 2005, was to spur development of advanced biofuels and alternative biofuels that are radically different than what’s available in the market today—and the EPA’s actions “send a very strong negative signal to venture capitalists and investors in those realms,” Doyal said. In other words, people may hesitate to invest in emerging alternative fuels if it’s unclear whether there will be long-term support for those technologies.

After being hit hard by high corn prices in 2012, Minnesota’s ethanol producers are currently charting a slow turnaround, according to a Star Tribune report. Meanwhile, the ethanol industry greatly benefits growers of corn, the state’s largest agricultural crop, according to the MDA. In 2011, the ethanol industry “added $912 million to the value of corn” in the state, the agency said. Farmers too would feel the impact of the EPA’s proposed lower requirements, if the move does indeed decrease ethanol demand.